• Say despite the encouraging negotiations, the resolution of the impasse only directly addresses the consignment of medicines currently at the port of entry in Kenya

• They want the government to waive taxes or implement an exemption on all medical products received as donations. 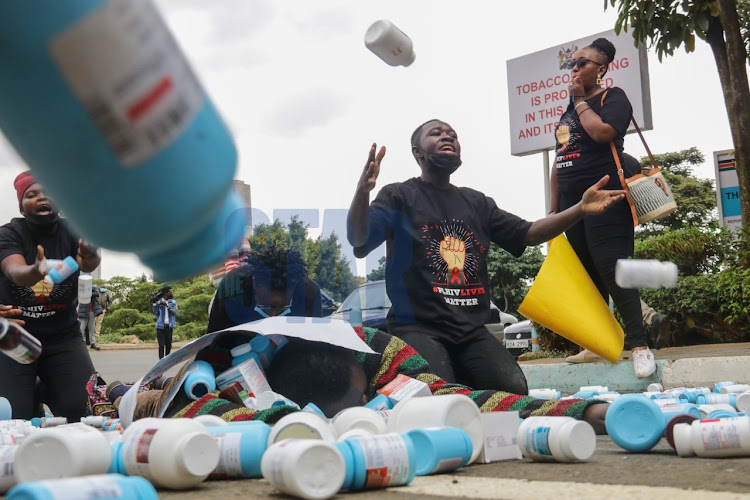 The civil society has lauded the move by the Kenya and US Governments to resolve the ARVs stalemate that had seen patients in the country suffer in the last few months.

In a statement on Friday, the AIDS Healthcare Foundation said the decision reached to end the stalemate between the Health Ministry and the United States Agency for International Development (USAID) has seen the distribution of life-saving HIV/AIDS prevention and treatment medications resume.

Civil society organisations, communities of people living with HIV and other stakeholders have been advocating for an end to the stalemate to ensure a continued flow of antiretroviral medicines, and other essential HIV supplies.

“The uncertainty that was experienced by nearly a million adults and thousands of children who missed their most appropriate treatment for months was preventable and should never have been allowed to happen in the first place,” AHF Kenya Country Program Director Dr Samuel Kinyanjui said.

“The damage done to people’s lives and wellbeing particularly children’s lives is irreversible and should never be repeated,” he added.

Kinyanjui however noted that despite the encouraging negotiations, the resolution of the impasse only directly addresses the consignment of medicines currently at the port of entry in Kenya.

This means the newly reached agreement only provides a temporary solution and does not substantively address any future stalemates or the broader issue of taxes being levied on medical products and technologies donated to Kenya for free distribution.

“While AHF recognizes that the resumption of treatment will help alleviate the immediate danger to people living with HIV in Kenya, the government should promptly take the following actions to maintain progress toward fulfilling its commitments on ending AIDS and curbing new HIV infections,” he said.

They now want the government to find a permanent solution to address the taxation of donated medical products by waiving taxes or implementing an exemption on all medical products received as donations.

They also called for improved communications among all relevant stakeholders by implementing consultation and feedback mechanisms, adding that insufficient communication with communities leads to mistrust and undermines the achievement of positive results.

Kinyanjui also noted that there is a need to strengthen the Health Commodities Security Technical working group by including representatives from communities of people living with HIV and civil society organizations.

“The government should ensure that HIV management is implemented holistically by taking into consideration prevention and diagnosis, care and treatment, and related essential commodities including medications. This is urgently needed to address current shortages of paediatric HIV treatment, viral load testing reagents, and HIV test kits,” he said.

The director said the Covid-19 pandemic has deeply affected all aspects of Kenya’s healthcare system with a particularly strong negative impact on communities of people living with HIV and those at risk of HIV infection.

He said that despite the challenging situation, by adopting the above-mentioned actions, the government of Kenya can preserve progress achieved through national AIDS control efforts to date, and it can ensure predictable access to HIV treatment and services for its citizens even in these difficult times.