•There has been a significant drop in the number of people in need of oxygen, those in the isolation centres and those in the high dependency units. 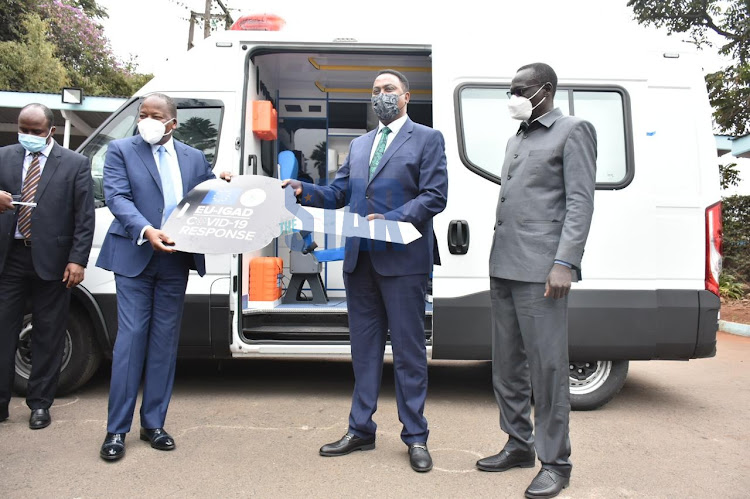 Health experts are holding a series of meetings to discuss and advise in the next two days on whether the existing dusk to dawn curfew should be extended.

The curfew was imposed in the country more than a year ago with 13 counties in the Western region of the country expected to observe the rules from 7pm to 4am after they were mapped as Covid-19 hotspots in June this year.

Health CS Mutahi Kagwe noted that the containment measures imposed in the 13 counties have been effective as there has been a significant drop in the number of people in need of oxygen, those in the isolation centres and those in the high dependency units.

“Our experts are still sitting down; they are still discussing and advising us on what should happen in the next two days in terms of extension or otherwise,” Kagwe said on Wednesday.

Of concern however is that six more counties are also on the Health Ministry radar after beginning to record a surge in Covid cases. They are Nairobi, Kiambu, Nakuru, Uasin Gishu, Mombasa and Kilifi.

“When you look at Western Kenya the measures we took are having effect, when you look at the persons under oxygen, persons in isolation centres and the people who are HDU or ICU you will find that they have dropped significantly in the areas that we contained nearly two months ago,” Kagwe said.

Kenya is still struggling with the third wave that the experts now say will either culminate into a fourth wave as the positivity rate continues to rise.

The rise in the cases is attributed to the Delta variant that is now dominant in the country with the CS noting that even though the variant is lethal and spreads fast, the death rate continues to be reasonably low within the country as opposed to what we are observing elsewhere in the world.