Says the questions they want determined are of great importance in the war against corruption.

• The application by the Director of Public Prosecutions comes after Rotich accused Haji of applying selective prosecution.

• Rotich, in his petition, claimed that the DPP charged him and left out key players in the deal. 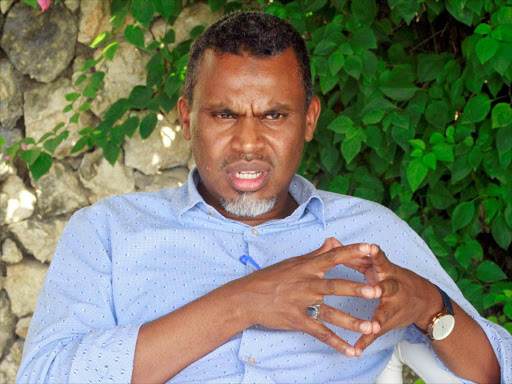 DPP Noordin Haji wants a case in which former Treasury CS Henry Rotich is challenging his prosecution referred to the Chief Justice to empanel a bench of uneven judges to hear the matter.

The case is about the Kimwarer and Arror dams.

The application by the Director of Public Prosecutions comes after Rotich accused Haji of applying selective prosecution.

Rotich, in his petition, claimed that the DPP charged him and left out key players in the deal, including former Attorney General Githu Muigai and former Solicitor General Njee Muturi.

He also demanded the prosecution of former Environment and Regional Development CS Judi Wakhungu and experts from the ministry, saying they provided necessary opinions before writing to the Treasury to seek funding for the two dams.

In his application, Haji invited the bench once formed to determine a number of questions, among them whether Cabinet secretaries are immune to criminal prosecution in respect of any acts and omissions punishable by law occasioned in the course of duty.

The application has been filed before anti-corruption High Court judge James Wakiaga.

The DPP also wants the bench to decide whether a decision to prosecute a Cabinet secretary can be faulted on account of political pronouncement by political leaders who have no connection to the subject matter of the criminal proceedings and the evidence available to him.

According to court documents, the questions raised by the DPP are yet to be determined, and failure by the High Court to pronounce itself with finality on such issues could easily cripple criminal proceedings in all subordinate courts.

The DPP says the questions they want determined are not only of great importance to them, but also the public in the war against corruption.

“It is for this reason that we employ the court to certify the matter for empanelment as it is in the best interest of the public that these questions are conclusively determined to enable the efficient and expeditious prosecution of criminal cases,” he says.

“We also want the court to determine whether in exercise of powers conferred upon me under Article 157 of the Constitution, criminal proceedings can be initiated against a CS as the one concerned with the overall functions of the ministry and whether he is accountable individually for the exercise of his powers and performance of his functions under the law.”

The DPP has acknowledged that the decision of a single judge has the same value as that of an expanded bench, but each case is to be considered on its own to promote harmony in decision-making.