• If implemented, the directive will mean National Schools will now pay Sh45,054 while the Extra County and County schools will pay Sh35,035. 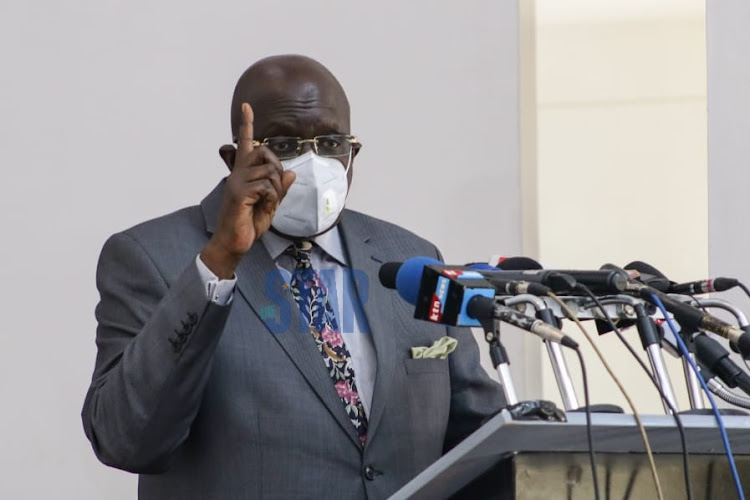 Education CS Prof George Magoha during the launch of the Elimu scholarship for 9,000 KCPE candidates from ASAL and marginalised areas at KICD on July 22, 2021.
Image: WILFRED NYANGARESI

Education CS George Magoha has announced a reduction in secondary school fees due to the short nature of the 2021 school calendar.

If implemented, the directive will mean National Schools will now pay Sh45,054 while the Extra County and County schools will pay Sh35,035.

“I want to make it clear that primary schools and day secondary schools are free in case of any charge, it should be approved and voluntary,” the CS said.

He spoke at the Kenya Institute of Curriculum Development Thursday during the launch of the 2021 Elimu Scholarships.

Primary and Secondary Schools are set to reopen on July 26 for the first term of 2021; which will span only 30 weeks compared to the traditional school calendar that runs for about 39 weeks between July and March next year.

The calendar is an adjustment of the traditional January- December school cycle that was altered by the closure of learning institutions in March last year due to the Covid-19 pandemic.

Term 1 will begin on July 26 and learners will have another one-week break from October 2 to October 10 before they open for the second term the following day.

It will run until December 23.

Education PS Julius Jwan asked heads of schools to sustain the observance of Covid-19 protocols in schools to safeguard the safety and health of children in the new school calendar.

CS Magoha said 9,000 beneficiaries will benefit from the government-funded Elimu scholarships out of 45,000 applications fronted.

It is the second cohort making a total of 18,000 scholars.

The project is part of government efforts to ensure 100 per cent transition from primary to secondary schools and is supported by World Bank.

Beneficiaries are pulled from 110 sub-counties in 30 counties and 15 urban areas in informal settlements.