MP Kuria off the hook after assault case withdrawn

"I have not been forced or coerced in any way by the accused to have me withdraw the matter," Wanja said. 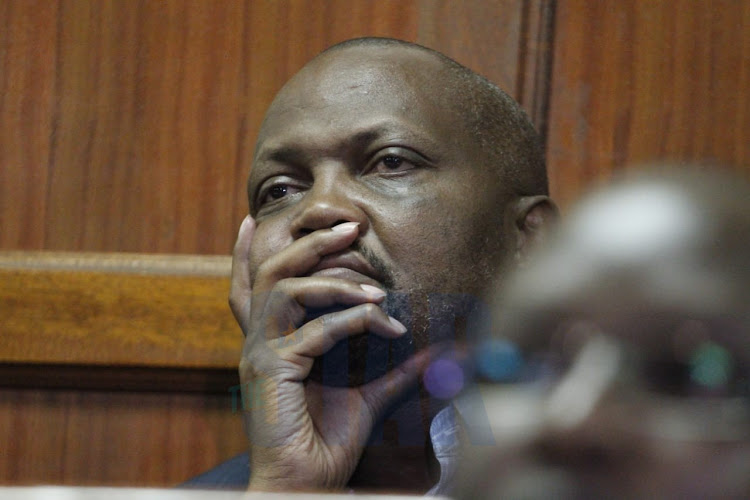 Gatundu South MP Moses Kuria was on Thursday set free by a Nairobi court after an Inooro TV commentator withdrew assault charges against him.

“I have not been forced or coerced in any way by the accused to withdraw the matter,” Wanja said.

Magistrate Mutuku marked the case as withdrawn. In January this year, Kuria sought permission to have the case settled out of court.

Through lawyer Geoffrey Omenke, the MP said he was pursuing an out-of-court settlement with Wanja.

Wanja is a political commentator and activist.

The MP said he was in talks with the complainant who he noted was considering withdrawing the case.

“We are pursuing an alternative dispute resolution mechanism with the complainant with a view of settling it out of court. Once we reach a settlement, the case should be withdrawn,” Omenke said.

Kuria was accused of assaulting Wanja at the Inooro TV studios.

She alleged that the MP descended on her with slaps and blows while she was on her line of duty preparing to go on air for Inooro TVs Kirîrîmbi show.

The complainant recorded a statement at the Kilimani police station.

Kuria was arrested on January 10 last year and detained at the Kilimani police station after Wanja accused him of assault.

Wanja claimed Kuria assaulted her because she faulted comments that he made in Kiambu during a fundraiser for orphaned children.

During a TV interview, Wanja said she asked the Gatundu South MP to tone down his language orchestrating the assault. Kuria was out on a bail of Sh20,000.