Leaders say Mt Kenya elders who crowned him may have been guided by the heavens.

• Muturi has thrown his hat in the ring saying he is a panacea to the country's problems and that he'd restore order and discipline in public service.

• Muturi hailed as the best choice for minority and marginalised communities 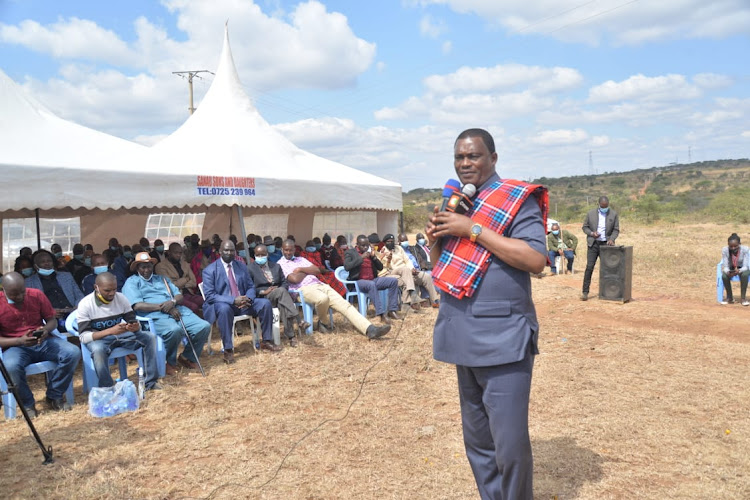 The leaders said Mt Kenya elders who crowned the speaker as the region’s spokesman did not do so in vain and may have been guided by the heavens.

The team hosted Speaker Muturi for the official launch of Ildamat Boys’ High School in Kajiado Central built by the area NG-CDF committee under the patronage of Memusi.

They held that the speaker was best placed to advance the agenda of the pastoralists since he stems from a minority community – the Mbeere.

“We used to wonder where the Speaker would go after leading us in Parliament well. We appreciate the Njuri Ncheke elders for crowning Muturi as an elder. It seems the elders saw what we couldn’t see. They saw ahead of us,” Sankok said.

He said Muturi’s candidacy would help propel marginalized communities that have not seen the presidency.

“We believe this will come through you. And since Uhuru will not vie, the race will be between two horses,” the nominated MP said.

Muturi has thrown his hat in the ring saying he is a panacea to the country's problems and that he'd restore order and discipline in public service.

For his part, Mositet asked Kenyans not to look at Muturi as a Kikuyu but a Mbeere “which is a minority community like Maasais, Elmolos, and those straddling the Coast.”

He said it was time Kenyans elected a president from among the minorities adding that the country’s problems arise from being led by big communities.

“By the time the President is done with meeting the demands of his community, the rest are disenfranchised. A leader from a small community would not have such problems as they will settle fast.”

“When GEMA elders identified Muturi as their spokesman, God worked through them and saw the ‘David’ in him,” Mositet said.

Kanchori, being a member of ODM, said that by their calculation, Muturi would do better if he held hands with Raila.

“I have a lot of faith in you having led the National Assembly…I want to see you somewhere on top of that government,” Memusi said.

For his part, Muturi said no one has been denied the chance of running for political office, and as such of importance is for such persons to deliver their promises to Kenyans.

He vouched for a fair distribution of Equalisation Fund to reach the hardship areas – being the reason for which the fund was established.

Muturi said it beat logic that the laws authorizing the use of the funds were just passed recently yet the fund was established in the Constitution promulgated in 2010.

“That money has been deducted every year at the rate of 0.5 per cent of the revenue. The money is required to help hardship areas. That was the intention.”

“It is just a small fraction of national revenue. Someone has been sleeping on the job. Every year the money is deducted. What is in the constitution takes the first charge.”

Muturi said it was time to ask what the money has been doing for the time it has been deducted from the revenue coffers.

“If we had been applying monies such as the ones in Equalization Fund and those in devolution, how much would we have had transformed this place?” Muturi asked.

Muturi to be made Maasai elder as national tour begins