• The accused pleaded guilty to charges of trying to extort Sh1 million, obtaining Sh480,000 by false pretences and issuing threats.

• The matter will be mentioned on Friday for facts. 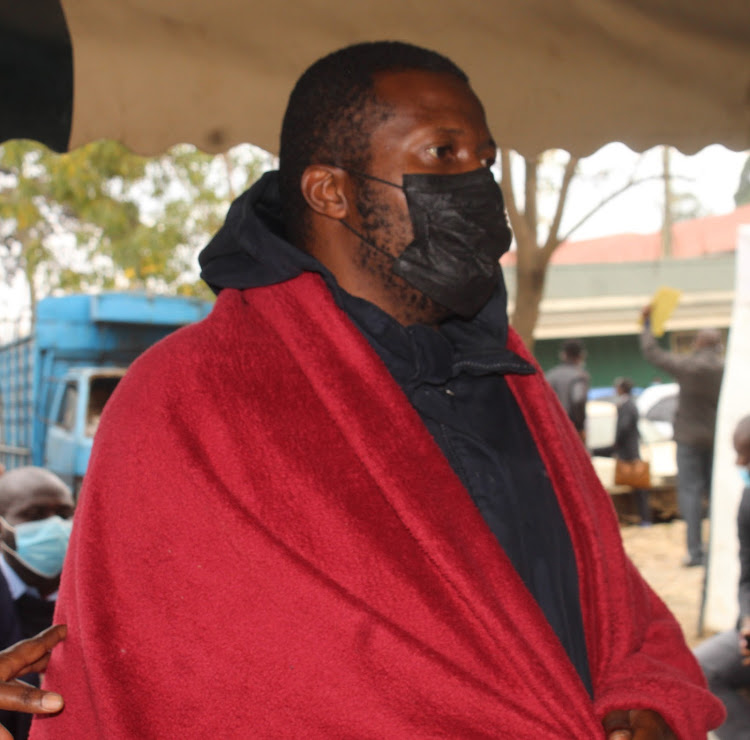 A technology expert on Thursday pleaded guilty to charges of trying to extort Sh1 million from his aunt in Lavington, Nairobi, and illegally obtaining Sh480,000 from her.

He was arraigned in the Kibera law courts before resident magistrate William Tulei.

The court heard that James Murimi Njeru attempted to extort Mary Wambogo Abel Nyaga on June 30 by threatening her, saying he might "finish" her and close relatives since he knew her movements.

The move to extort by threats emerged after Mary realised Njeru and another person still at large conned her out of Sh480,000, which she paid to purchase a Toyota Hilux.

Njeru is accused of obtaining the money from Mary jointly with others not before the court on various dates between May 25 and June 8 in Dagoretti subcounty.

It started when Mary asked Njeru to help her get a pickup to use at her rural home, saying she was old and it was hard to get around. Njeru is her sister's grandson.

On May 25, they met at a restaurant in Upper Hill and he promised to connect her with an insurance manager who had a vehicle to sell. Mary met a man identified as Gordia.

He described the vehicle and showed her a picture of a blue Toyota Hilux. He said it was in high demand and she should deposit Sh300,000.

Mary deposited the amount in a Family Bank Account Mtwapa Branch given by Gordia. The next day he didn't pick calls. Later he told her to send her KRA Pin, ID number and full names to process the transfer of the vehicle.

Gordia wanted another deposit of Sh100,000 and Mary complied. Then Gordia went silent.

Mary called Njeru to ask what was happening and he asked her to give him the balance of Sh80,000 in cash but Mary refused.

Then Gordia didn't pick calls and switched off his phone. Njeru said he was busy and then Njeru too stopped picking calls.

Mary never got the vehicle and didn't get her money back.

The court heard she started receiving threats on different lines from Rongai where Njeru lives.

In the messages, Njeru is said to have threatened her, saying they were an untouchable gang that has been watching her, knowing all her movements around Lavington, Hurlingham and Embu.

Additionally, a text said, "We know you communicate with your two daughters who are abroad and others. We want $10,000 (Sh1 million)  delivered to a location we will send you.

"If you whisper a word to the police or anyone, we will finish you and your family. The choice is yours."

In the text messages, Njeru is said to have instructed her to put the money in an envelope and wait for further orders.

"No morning walks, go to the bank as we closely watch you," the charge sheet said, quoting a text message.

Court prosecutor Nancy Kerubo directed the matter be mentioned on Friday for facts.