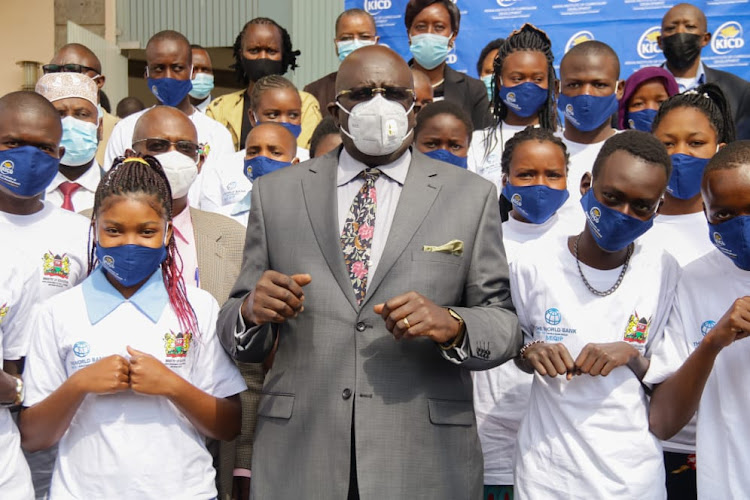 Head teachers have opposed the government directive to slash school fees in secondary school to cushion them against the economic pain of Covid-19.

Through their association, the head teachers argue the fees review is unrealistic as operations cost largely remain the same even though the terms have been shortened.

The reduction takes effect when primary and secondary schools reopen next week on July 26 for the first term of 2021.

The 2021 school calendar will span 30 weeks between July and March next year, in contrast to the usual 39 weeks.

Kenya Secondary School Heads Association chairman Indimuli Kahi on Thursday told the Star the fee cuts are not proportional to the reduced time in class.

"Although the calendar days have reduced, economically there's not much change, the operating costs will mainly remain constant," Kahi said on the phone.

On Thursday, Education CS George Magoha said the downward fees review was necessitated by the short nature of the 2021 academic calendar and the effects of Covid-19.

“As part of our response to the effects of the Covid-19 pandemic, we reviewed (downwards) the fees for secondary schools.

I call upon all stakeholders to ensure the guidelines are adhered to,” Magoha said when launching the government-sponsored Elimu Scholarships to 9,000 beneficiaries.

Kahi suggested that the government should cushion the institutions that will be hit by deficits.

This, he said, could be through raising the government capitation or covering some of the school utility expenses such as water and electricity.

"We had earlier proposed the government considers giving a waiver on water and electricity bills because they are over the roof, but that has not been successful," he said.

Kahi also said the admission of Form 1s in August is further expected to strain the school system under the reduced budget.

"If the government is cushioning the parents against the Covid-19 effects, it should not be at the expense of schools, they should consider shouldering the deficit that will occur," Kahi said.

He said the institutions' utility costs remain bloated and unpaid in most cases.

CS Magoha sternly warned head teachers of primary and day secondary schools against charging any funds in the institutions.

Magoha argues the institutions are fully funded by the government and any extra charges are illegal.

However, for services like school lunches, the CS said a reasonable amount should be agreed upon between the parent and the institution.

“I want to make it clear that primary and day secondary schools are free. In case of any charge, it should be approved and voluntary,” the CS said.

The calendar is an adjustment of the traditional January-December school cycle. It was altered by the closure of learning institutions in March last year due to the Covid-19 crisis.

Term 1 will begin on July 26, learners will have another one-week break from October 2 to October 10 before they open for second term the following day. It will run until December 23.

Kenya Parents Association chairperson Nicholas Maiyo on Thursday called on the government to take action against school heads who do not adhere to the new fee guidelines.

“Principals should strictly adhere to the set guidelines. Those who don’t should face dire consequences. They should not prepare their own fee structures,” Maiyo said.

He called on parents to demand payment receipts to avoid any undocumented payments that have not been authorised by the government.

Magoha said 9,000 learners will benefit from the government-funded Elimu Scholarships out of the 45,000 applications received.

The CS said the retention of the first cohort stands at 99 per cent.

The project is part of government efforts to ensure 100 per cent transition from primary to secondary schools and is supported by World Bank.

Beneficiaries are from 110 subcounties in 30 counties and 15 urban areas in informal settlements.

In this year's award, learners from informal settlements got 33 per cent of the scholarships.