•NLC may initiate investigations on its own or upon a complaint into historical land injustices and recommend appropriate redress.
•“We urge Kenyans and communities with any claims of historical injustices to take advantage of the remaining period and raise them with the commission through NLC offices in respective counties,” Otachi said. 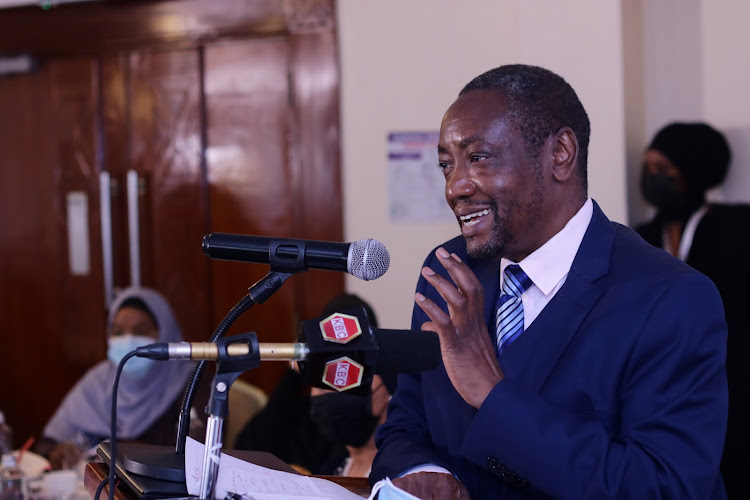 NLC chairman Gershom Otachi on said Wednesday the claims came from across the counties.

“395 claims have been admitted while 340 are under analysis,” Otachi said.

The chairman said 126 claims have been heard and determined while the hearing for five others claims is ongoing.

Otachi spoke at Sarova Panafric Hotel in Nairobi where NLC chief executive Kabale Tache and commissioners briefed the press about strategies the agency has put in place to ensure good land governance.

“However, some regions/counties such as Wajir, Marsabit, Garissa and Turkana are yet to raise any claims. Isiolo county has submitted only one claim relating to historical land injustices,” he said.

Otachi said the nature of the claims is the same across all regions and follows specific patterns that relate to colonial displacement, inequitable land adjudication, incomplete land acquisition, natural resource conflicts, forceful evictions and natural disasters.

“We urge Kenyans and communities with any historical injustices claims to take advantage of the remaining period and raise them with the commission through NLC offices in respective counties,” Otachi said.

He said the deadline for the commission to receive claims relating to historical land injustices is September 21, 2021.

“Out of the 24 counties mapped out as having community land, only 10 counties have submitted inventories,” he said.

Otachi said a fresh community and community land is yet to be registered, given the Lands Ministry is in the process of gazetting a comprehensive adjudication programme from which registration of community land will proceed.

“The commission will therefore continue to monitor the registration process with a view to advising the national government to fast-track the same in order to secure tenure in these areas and bolster investor confidence,” he said.

The commission is currently acquiring land for 10 public projects set to progress in one year in the implementation of its strategic plan.

Otachi said will review and harmonise land taxation and legal frameworks to focus on increasing revenue from land resources for county governments. This will be done through a robust and updated legal framework for rating revenue to the central government through direct taxes on land like stamp duty.

He cited challenges such as interference of legal procedures by cartels and unscrupulous land dealers. Resources allocated to the commission are also scarce, he said.

“The total budget required to execute the tasks as outlined and activities for programmes in the first year of our 2021-26 strategic plan implementation stands at Sh3.6 billion while the actual allocation is Sh87 million. Therefore, a deficit of about Sh3.5 billion looms and this may jeopardise the implementation of the planned reform agenda and road map for good land governance.”

Otachi said NLC has developed a county spatial planning scorecard highlighting progress made so far by each devolved unit in as far as land use planning is concerned.

The six counties have in place draft county spatial plans while 15 others are at different stages of preparing them.

Another 20 counties have not initiated the process.

The commission is also operationalising the recently developed alternative justice system policy where communities are being encouraged to solve land matters out of court.

“This month, the commission used ADR to solve a land standing dispute between Solai Ruyobei community and Nyakiywa community in Nakuru county which had taken many years of hard stance by both parties.”