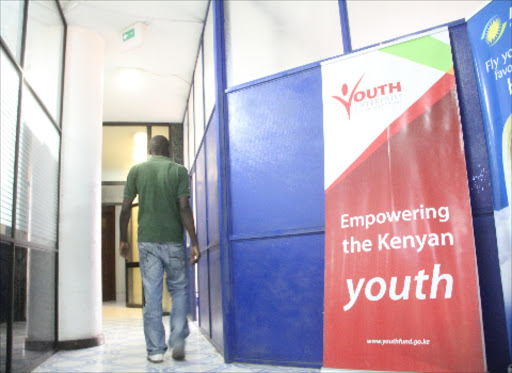 Auditor general Nancy Gathungu has cast doubt on the sustainability of the Youth Enterprise Development Fund in her latest audit report.

Gathungu put the management of the fund on the spot for diverting Sh1.08 billion of the revolving fund, thus threatening its sustainability.

The diversion has also denied thousands of youths the much needed cash to start and grow their businesses.

Gathungu revealed that the management channeled the cash towards the recurrent expenditures thereby threatening the sustainability of the revolving fund.

The fund gives out loans to youth groups, as part of the government’s affirmative action to empower the cadre, and they pay back at an agreed date.

According to the report by Gathungu, the revolving fund balance stood at Sh4.13 billion as at June 30, 2020.

Although the amount is supposed to represent the total loans advanced to the youth and any balance held in the bank account, the total current assets balance stood at Sh3.05 billion.

This reflected a shortfall of Sh1.08 billion to match the revolving fund balance.

“This implies the fund management has over time utilised Sh1.08 billion of the revolving fund to finance recurrent expenditure thereby negatively affecting the sustainability of the Fund,” the report states.

It adds that no reallocation approvals were availed for audit verification to support utilisation of conditional grants on recurrent expenditure.

According to the report, the fund is in the red and continues to register dismal performance with its financial books reading a deficit of Sh42.66 million, a situation that has prevailed over the past five years.

This, the report notes, has eroded the capital invested in the revolving fund and impaired the ability of the fund to sustain its core mandate and services.

“This material uncertainty which casts significant doubt on the continued ability of the fund to discharge its mandate in the foreseeable future has, however, not been disclosed in the financial statements,” it states.

The auditor also faulted the management for irregularly spending Sh6.73 million for legal services in respect of filing a suit to recover Sh180 million paid to a consultant.

“In addition, the award was not supported by a professional opinion from the Head of Procurement and approved by the Accounting Officer as required under Section 84 of the PPAD Act, 2015,” the report states.