Follow Constitution. The issue of postponing an election is a political question 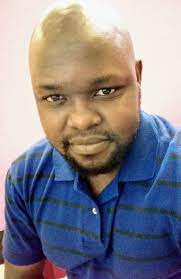 You cannot postpone an election on the basis of constituencies.

The reason is constituency boundaries are supposed to be reviewed between eight and 12 years.

It means if a general election is coming and it is still within that time frame, then no law has been violated.

For example, if we went outside 12 years without review, then you can say the election is unconstitutional.

But as things stand right now, the last review was done in 2012, meaning that from 2012 up to 2024, all the constituencies are still valid, constitutionally.

It is only after the 2022 General Election that there must be a boundary review.

Even the population quota, it is agreed, is not a constitutional requirement. It is just a basis for deciding on how to draw the boundaries.

Nowhere in the Constitution does it say the quota must be this one.

The Constitution also deals with a situation like this. Suppose you put 166,000 as the quota, does it mean every time there is a population increase, then you will be subdividing the constituencies?

What guides us is the Constitution, which says the boundary should be reviewed within eight and 12 years.

And given that the last time the boundaries were reviewed, even if we go to a general election without new boundaries, there will still be nothing unconstitutional.

The issue of postponing an election is a political question.

I saw the argument about BBI.

You cannot stop an election because timelines are already in the Constitution.

There must be something like a national security issue or a consensus among the key political players for an election to be postponed.

But as things stand right now, even with an argument like BBI which is an initiative and not a constitutional requirement, the elections cannot be postponed.

Of course, there are people who want to stop the election because of certain interests.

It is a matter of fact that there are those who believe that to be in government and to be assured of their political life, we have to expand the Executive [through a BBI referendum).

The lawyer spoke to the Star on the phone