Examination of 3,569 adolescents and men suggest data was exaggerated by as much as 32%

•The exaggeration appears unintentional and was blamed on the planning tool version 2 (DMPPT2) used since 2016 in four top priority counties in Nyanza.

• Male circumcision still attracts donor funding. Between 2009 and 2013, it attracted Sh7.6 billion, according to a survey by the Harvard Medical School. 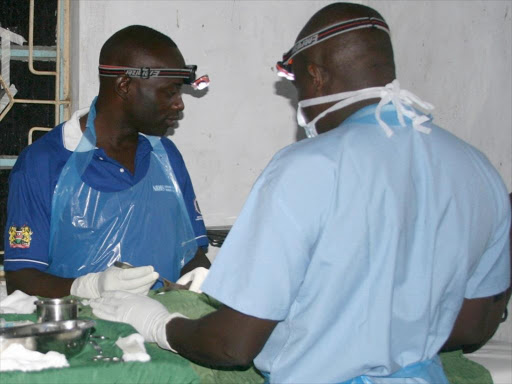 Kenya appears to have been exaggerating its voluntary medical male circumcision figures.

The country has been reporting as much as 100 per cent annual circumcisions in the 10 to 29 age group in four core counties, which sounded highly unlikely.

Recently, donors were obliged to conduct physical inspections among young people to confirm if they were indeed circumcised.

A physical inspection of 3,569 adolescents and men in Siaya, Kisumu, Homa Bay and Migori counties in 2019 confirmed that in one age group data was inflated by as much as 32 per cent.

The verification was carried out by researchers from USAID, The Centers for Disease Control and Prevention, Jhpiego, local non-profit Impact Research and Development Organisation and the Ministry of Health.

“Respondents gave written personal or parental consent, plus assent, where applicable, for physical verification of circumcision status,” the researchers said.

The report was published by the Plos One journal last week.

The exaggeration appears unintentional and was blamed on the planning tool version 2 (DMPPT2).

Kenya has been using the tool since 2016 to model the prevalence of male circumcision in four top priority counties in Nyanza.

The tool will now have to be calibrated.

Medical male circumcision attracts donor funds because there is evidence it cuts the risk of HIV infection by 60 per cent.

“The observed estimates are critical for setting new realistic targets for achieving the national goal of attaining and sustaining an 80 per cent MC prevalence in the four counties,” the study says.

Reasons for overestimation by the DMPPT2 model remained unclear.

Researchers said it might include lack of precision in the age-specific baseline circumcision estimates and misreporting of client ages or the number circumcised in the programme.

The study says the number of circumcised adolescents might continue to drop.

“The decline will happen over time if the country refocuses VMMC services towards older males as recommended by 2020 WHO guidelines,” researchers said.

Both WHO and Pepfar have deemphasised voluntary medical male circumcision services for boys below 15 years due to concerns over safety and consent challenges.

Male circumcision still attracts donor funding. Between 2009 and 2013, it attracted Sh7.6 billion, according to a survey a by the Harvard Medical School.