The party will however be fielding candidates in all other elective positions.

• Party said the country needs a complete overhaul, a radical paradigm shift independent of ethnicity, religion, or gender that will see the country transform into the decent society.

• Okango said the move to repair the soul of the nation, using the spirit of Punguza Mizigo Kenya is still on course. 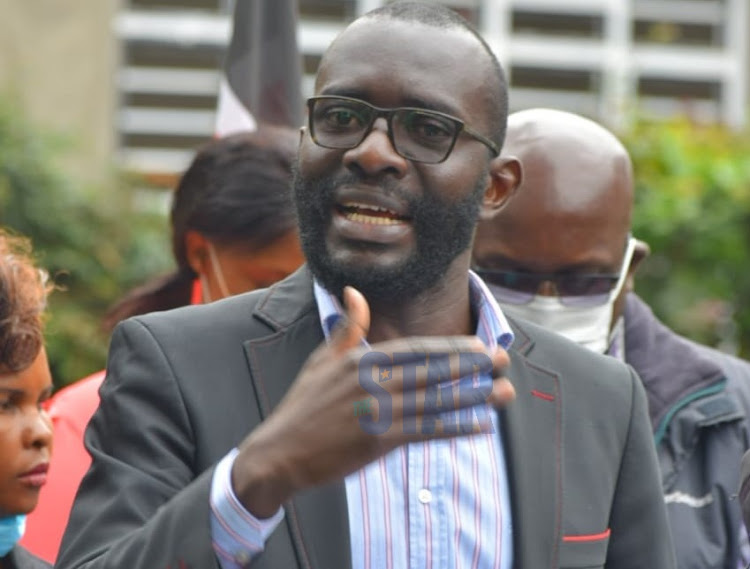 Thirdway Alliance has said it will not field a presidential candidate in 2022.

Party secretary general Fredrick Okango said in a statement on Monday that instead, the party will field candidates in all the other elective positions in a bid to foster partnerships with like-minded political parties.

“A majority of Kenyans believe that diversity is our greatest strength. That protest is among the highest forms of patriotism. That our fates and fortunes are bound to rise and fall together. That even when we fall short of our highest ideals," he said.

"We never stop trying to build a more perfect union hence the reason we as Thirdway Alliance Kenya will NOT be fielding a Presidential candidate in 2022 but rather, we will be fielding candidates."

During the 2017 presidential elections, Thirdway’s flagbearer Ekuru Aukot gurnard 21,333 votes,  equal to 0.28 per cent of the total votes that were cast.

Okango said the call for the aspirants who will be seeking various elective positions apart from the top seat in the country using the party ticket is already out.

“Our doors are open to all, and our party tickets are available based on qualification, moral and social integrity as well as fair representation.”

At the same time, he said that the party will continue fighting to repair the soul of the nation, using the spirit of Punguza Mizigo Kenya.

“To turn this crisis into a crucible, from which we will forge a stronger, brighter, and more equitable future. We must right the wrongs in our democracy, redress the systemic injustices that have long plagued our society, throw open the doors of opportunity for all Kenyans, and reinvent our institutions.”

As the countdown to the next general elections continues and political parties seeking to re-align, Thirdway has not been left behind.

It said that it will ensure that leaders of unblemished integrity clinch to power, which will be achieved by exercising sovereign power through voting and partnerships.

The party has further termed the challenges facing the country as the worst public health crisis in a century, the worst economic downturn ever, the worst period of global upheaval in a generation that needs a solution.

"Covid-19 pandemic has laid bare deep-seated problems in our society—the fragility of our economy and social safety net, the risks posed by growing poverty, the impacts of ethnic/regional/ and economic disparities on health and well-being, and the profound consequences of deepening corrupt practices that have pervaded every sector of our economy and society at large.”

Said the country needs a complete overhaul, a radical paradigm shift independent of ethnicity, religion, or gender that will see the country transform into a decent society safe for living without any fear or intimidation.

“The August 2022 election will be coming at a time when mismanagement of the economy has hollowed out our public institutions: the side-lining of experts, the rejection of science, the underinvestment in research, and the gross corruption and abuses of power."

Boost for BBI as Thirdway Alliance to withdraw case

Party says that the case no longer sustainable and should be withdrawn.
News
5 months ago
by KEVIN CHERUIYOT Online Journalist
News
19 July 2021 - 14:38