Police on the spot over numerous roadblocks, extortion claims 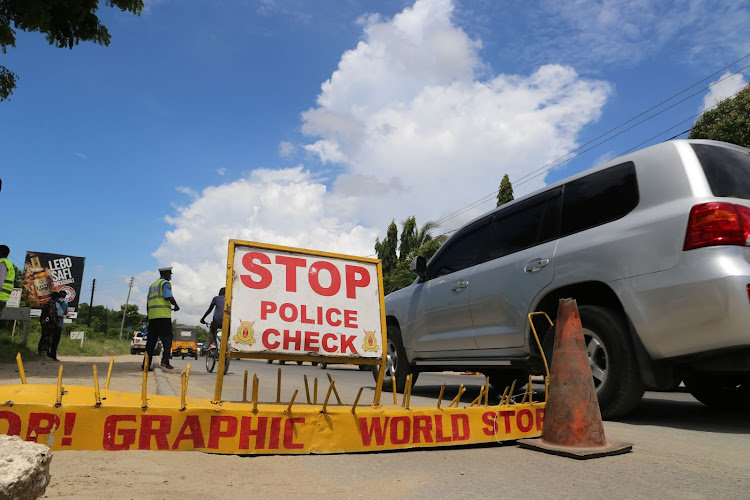 Landlocked countries that rely on the Mombasa port to import goods are slowly cutting ties with Kenya because of alleged extortion by police officers on roads, senators have said.

The lawmakers said that some Kenyan police officers extort, harass and intimidate motorists on major highways.

They say the officers erect numerous roadblocks, including on murram and rural access roads.

The officers, the legislators say, demand as much as Sh5,000 bribes or threaten motorists with detention and trumped-up charges.

“You pay Sh2,000 when you are stopped but when you enter the cells of either Matunda or Moi’s Bridge police cells, you allegedly have to part with Sh5,000,” Nandi Senator Samson Cherargei said.

He cited the Eldoret-Nairobi highway and Eldoret-Kitale road, where officers have mounted numerous roadblocks.

“In fact, all these transit trucks are given special envelopes to drop at every roadblock. We must stop this, EACC, NTSA and minister for Interior must come in and stop this,” Bungoma Senator Moses Wetang'ula said.

"At one time we counted 14 police roadblocks along the 98km Eldoret-Bungoma road."

The former Foreign Affairs minister warned that Kenya is slowly losing its trading partners because of bribery.

“I remember, when I was Foreign Affairs minister, the president of Rwanda came to Kenya and said he was contemplating using the port of Dar es Salaam despite the distance because of the number of roadblocks from Mombasa to the exit in Malaba,” he said.

A trader from Congo, Wetang'ula said, confided in him that he found it better to do an extra 800km from Tanzania than the shorter Kenyan route because of corrupt officers on the road.

“This is probably the country with the highest number of roadblocks anywhere. We need a better management of our roads. The problem is not the Ministry of Roads, it is the security sector,” he said.

Congo, Rwanda, Burundi and Uganda are some of the countries that use the Mombasa port to import goods. The bulk of the goods are then ferried by road.

Cherargei demanded answers from the ministry and petitioned the House, through the National Security, Defence and Foreign Relations Committee, to investigate the reason for the numerous roadblocks.

“The committee should investigate why the Kenya Police Service has mounted so many roadblocks along major highways, especially along the Eldoret, Nakuru and Nairobi highway,” he said.

He urged the ministry to outline the criteria used to mount roadblocks along the highways.

“The committee should outline the measures, if any, that the Ministry of Interior is putting in place to ensure that road users are protected from harassment by rogue police officers,” he said.