NGUNJIRI WAMBUGU: Kiambaa was a friendly fire within Jubilee

The reality is that no one from outside Jubilee was competing in the just concluded Kiambaa. 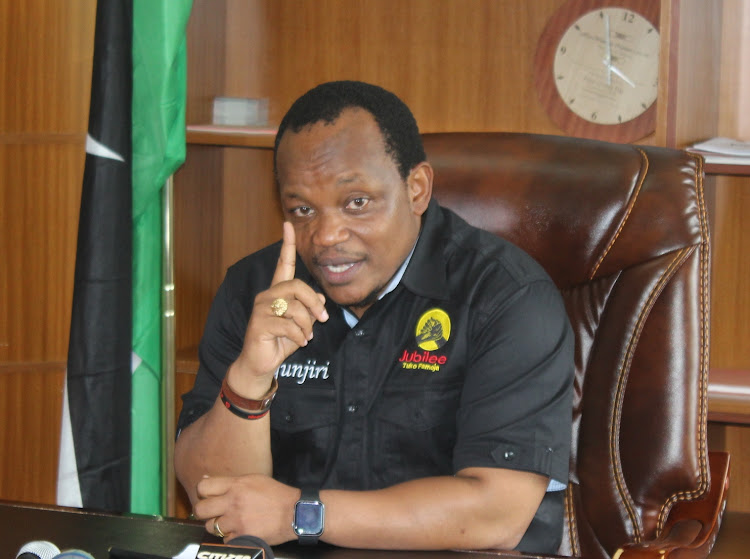 MP Ngunjiri Wambugu when he spoke to the media in Nyeri on Saturday
Image: EUTYCAS MUCHIRI

There are some people who think we are in denial when we say Jubilee did well in Kiambaa by-elections. We are not.

The reality is that no one from outside Jubilee was competing in Kiambaa.

In Muguga ward, the faction that is loyal won against the rebels by 27 votes.

But imagine for a second if both Jubilee sides had been campaigning together? We would have had 99.9 per cent of the vote in both by-elections.

This is what Deputy President William Ruto would have inherited, had he just been patient. Now the war within Jubilee Party will escalate. The result is that no matter which side wins, neither side will be as strong in Mt Kenya as was the case in 2017, when they worked together.

If UDA guys are so sure that their party is now stronger than Jubilee in Central Kenya, I challenge anyone of their ‘Jubilee’ MPs to resign and seek re-election on UDA, before 2022. Then we will take them seriously.

Otherwise they need to sit over there and watch as we rebuild Jubilee back to the juggernaut it was before some of those we trusted to lead it started trying to kill it from within for their selfish interests.