I will not join any alliance, says DP Ruto

Says the conversation that should be going on in the country is on how to revive the economy.

•  Ruto said alliances are based on tribal affiliations.

•  Ruto said he will join hands with the voters to beat those forming alliances. 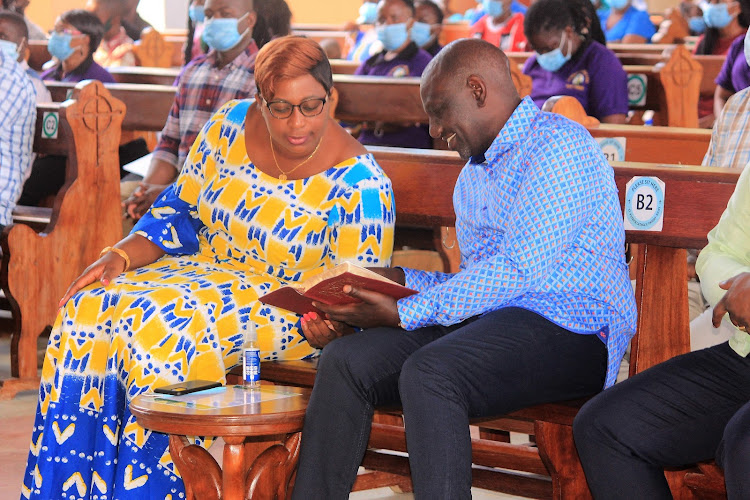 Deputy President William Ruto has said he will not join any alliance ahead of the 2022 General Election.

Ruto said on Sunday he will instead join hands with voters to beat those forming alliances. The DP said alliances are based on tribal affiliations.

He sent a warning to his competitors, whom he said have ganged up for their own selfish gains.

“Some are forming this alliance, while others are joining the other alliance. I want to tell them that I am preparing myself for them. I know you are with me and those in alliances should prepare for shock,” Ruto said.

“If they want to form alliances, let them go ahead, but they should be prepared to face the hustler nation. Leaders should be elected based on policies.”

Ruto said the conversation that should be going on in the country is on how to revive the economy.

“The priority now is not BBI, the priority is the economy and everyone should be discussing about that. We need policies that will guarantee better living for everyone,” he said.

The DP was speaking in Kilifi during day two of his coastal tour.

He attended a mass at St Patrick's Catholic Church in Kilifi.

Baya urged residents to support the DP in his quest to lead the country in 2022.

“Ruto has stood with this county and we need to support him. We have seen his actions as the DP. I am sure he will do more if we elect him the president,” he said

Tayari said it was time for the church to return the favour by supporting Ruto.

“Ruto has stood with the church. He has contributed to many activities of the church, but when he seeks your support, you retreat. This is the time to pay him by electing him as our president in 2022,” the MP said.

Ruto said he is not disturbed by those who are against his programme to contribute to churches.