OR FIVE YEARS IN JAIL

There are concerns that recommendations by watchdog committees are not implemented by the agencies the queries are addressed to.

• The Auditor General cited a gap in the law that does not provide for punishment for failure to implement parliament’s recommendations. 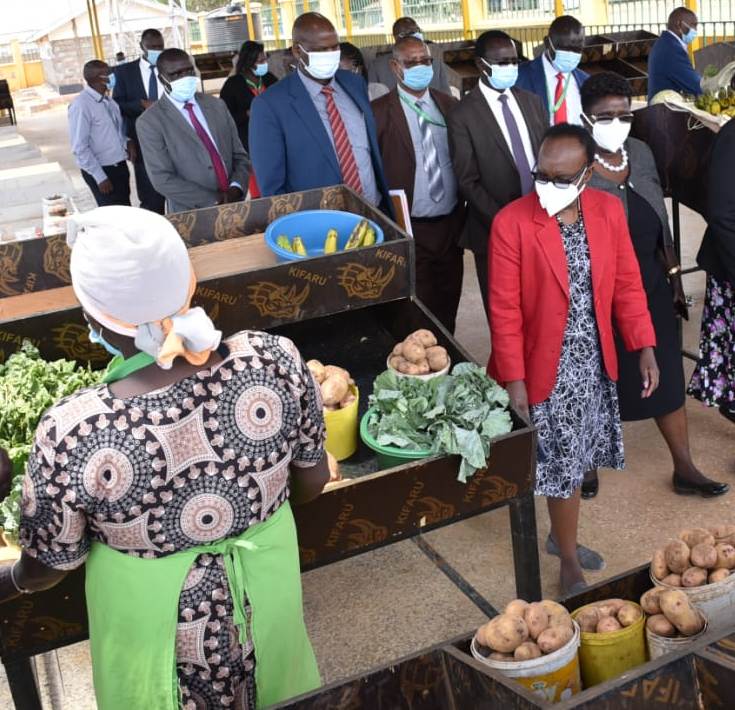 Auditor General Nancy Gathungu during a visit to a newly completed market in Eldoret on March 23
Image: BY MATHEWS NDANYI

The Auditor General wants the law tightened to provide hefty penalties for accounting officers who fail to heed Parliament’s recommendations on audit queries.

The auditor wants a clause introduced to the Public Finance Management Act, 2012, for accounting officers to be jailed for five years or fined Sh10 million fine or both for ignoring MPs.

Gathungu said as crafted presently, it does not provide for personal responsibility on the part of accounting officers who authorise Ministries, Departments and Agencies (MDAs) expenditure.

There are concerns that recommendations by watchdog committees – Public Accounts Committee (PAC) and Public Investments Committee (PIC) – are not implemented by the agencies the queries are addressed to.

The Auditor General holds that without sanctions, the country would still experience cases of officers refusing to provide information on any fraud, losses, or unlawful use of state resources.

Gathungu cited a gap in the law that does not provide for punishment for failure to implement Parliament’s recommendations.

“In addition, Section 204 of the PFM Act, 2012, only assigns institutional sanctions to a national government entity that fails to address issues raised by the Auditor General.”

“There is no personal responsibility on the part of the accounting officers who are the responsible officers,” Gathungu told the Finance committee of the National Assembly.

In briefs to the committee chaired by Homa Bay Woman Representative Gladys Wanga, which is processing the bill, the auditor said the amendment will help tame the pilferage of state resources.

Among other provisions in the bill is for accounting officers to submit their reports and financial statements to the Auditor General within one month after the end of a financial year.

Gathungu said the officers could be taking advantage of the lacuna in the law which makes them operate without the fear of suffering any punishment.

The law is silent on the responsibility of accounting officers in implementing the auditor’s recommendations.

“We welcome the amendment as it requires accounting officers to take Parliament’s recommendations seriously and ensure they are implemented,” she said.

The PAC's recommendations for audit reviews in respect of the year ending June 2017 are yet to be implemented, yet the timeline within which they were to be acted on has elapsed.

PAC recommended that accounting officers who incurred irregular payments for goods and services be investigated and charged if found culpable of financial misconduct.

Despite the National Assembly adopting the report in December 2019, no officer has been reprimanded or barred from state coffers over the queries.

The team asked the National Treasury to table for approval the names of persons designated as accounting officers and bar those with adverse audit queries.

The Opiyo Wandayi-led committee in its report for the year to June 2018 recommended the investigation and prosecution of principal secretaries at eight state departments.

There were recommendations calling for probes against the officers by the Ethics and Anti-Corruption Commission and the Directorate of Criminal Investigations.

Gathungu said with sanctions, there will be ease in tracking, monitoring, and reporting on the implementation of audit recommendations.

“It will reinforce the implementation of Auditor General recommendations and those of Parliament’s oversight committees.”

“It will ensure audit and parliamentary recommendations have an impact,” Gathungu said, in the wake of concerns the reports gather dust once adopted by MPs.

Entities to seek National Treasury approval for every shilling they seek to spend
News
5 months ago
by MOSES ODHIAMBO Political Writer
News
19 July 2021 - 05:00