Kiama says they will open consultation on the reforms as recommended

• The CS has asked the University to write a justification on the proposed changes, rationale behind the decisions.

• The changes by the university council last week touched on reorganisation of the administrative structure, including abolishing 24 colleges, from 35 to 11. 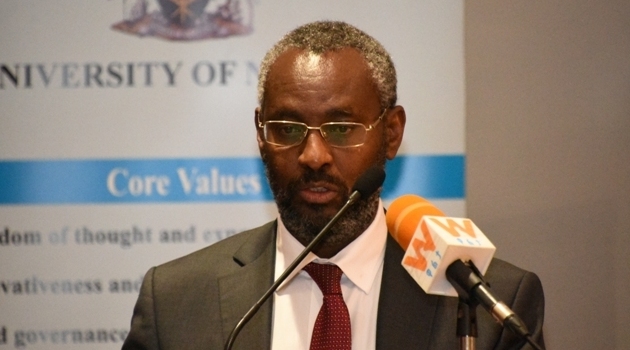 Vice-chancellor Stephen Kiama on Sunday told the Star, the institution will open consultation on the proposals as recommended by the Education ministry.

Education CS George Magoha on Friday put to halt directive by university council to begin radical changes in management of the institution pending approval by the ministry and gazettement.

Kiama notes that the university's legal team is looking into the matter and will advice on the decision in the course of the week.

"We will look at those reforms that indeed need input by other stakeholders like the Ministry of Education and we will consult further on the way forward," Kiama said.

However, on matters that do not need approval from stakeholders, he says the outlined proposals will take effect.

The CS has asked the University to write a justification on the proposed changes, rationale behind the decisions, organisation structure, staff establishment, human resource policies, and guidelines.

The university will also be required to prove the availability of the budget to cater for the proposed restructuring and recruitment.

The changes by the university council last week touched on reorganisation of the administrative structure, including abolishing 24 colleges, from 35 to 11.

Also abolished are five offices of the deputy vice-chancellors which will now be replaced by two positions of associate vice chancellors.

Chair of council, Prof Julia Ojiambo explained that the resultant governance and structural reforms envision new thinking that breaks down bureaucracy for the benefit of the institution's stakeholders.

In a letter to university vice-chancellors and principals of constituent colleges, Magoha, said “any action on the proposed changes should be kept in abeyance pending the relevant approvals and/or gazettement of the relevant instruments.”

The directive does not only affect changes proposed at UoN but any other institution hoping to effect administrative and governance changes.

For the University of Nairobi, it will mean a temporary or permanent halt of any changes it hoped for depending on the approval status the changes will receive from the ministry.

While Magoha notes he appreciates efforts in reviewing University academic and administrative structures, he argues that such amendments need consideration, approval and gazettement where applicable.

“Where proposed reviews necessitate amendments to Charter or Legal Notices the proposed amendments must be forwarded to the ministry through the Commission for University Education before being gazetted by the CS,” Magoha notes in the letter.