Judges say they lack jurisdiction to interrogate issues brought before them 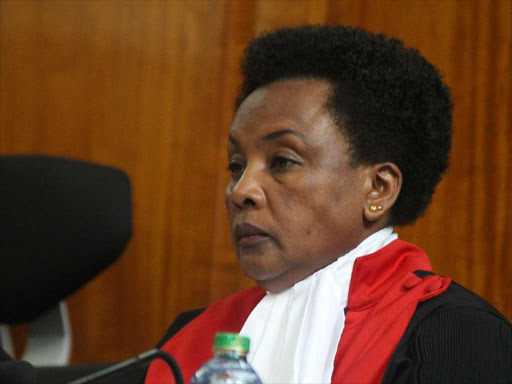 The Supreme Court has ended a 25-year-old legal battle between taxi operators and the Jomo Kenyatta International Airport after judges dismissed an appeal by the drivers.

Two Kenyans and a local company had alleged discrimination claiming their taxis were thrown out of JKIA on grounds of their ethnicity.

The three moved to the High Court challenging their exclusion from operating taxis at JKIA by the Kenya Airports Authority in breach of an existing lease.

On Friday, the Supreme Court dismissed their case saying the bench lacks the jurisdiction to interrogate the issues brought before the court.

“We affirm the Court of Appeal decision that Section 62 of the KPA Act is not unconstitutional. It simply provides for the ADR mechanism of arbitration reinforced by Article 159(2)(c) of the Constitution… In light of the foregoing determination, we find that we lack jurisdiction to interrogate the other issues,” a five-judge bench of the Supreme Court ruled.

The litigants moved to the Supreme Court to challenge a judgment delivered by Court of Appeal judges Philip Waki, Daniel Musinga and Otieno Odek on January 25, 2019.

The appellate court upheld the decision of the High Court which struck out the suit by the three.

The three had sought among other orders a declaration that a taxi business like that operated by members of the third plaintiff is property within the meaning of Section 75 of the Constitution.

Also sought was a declaration that the removal of the taxis of the first and second plaintiffs and those of the members of the third plaintiff from JKIA was is in breach of their rights.

They also wanted the High Court to issue an order permanently stopping the Kenya Airports Authority from excluding their taxis from operating at the airport.

KAA opposed the application saying no statutory notice had been served upon it and that the three did not follow the provision of arbitration.

The authority said the case was frivolous, vexatious and an abuse of the court process.

In a ruling delivered on January 24, 1997, Hayanga J reinstated the operation of taxis of the three at JKIA pending the hearing and determination of the case.

Aggrieved by the ruling, KAA appealed and the Court of Appeal, in a judgment delivered on November 27, 2009, set aside the orders by Hayanga J.

The High Court eventually threw out the suit. An appeal was filed but the appellate judges dismissed it and ordered each party to bear its own costs.

The appellants were aggrieved by the Court of Appeal decision and so they moved to Supreme Court.

The case brought before the Supreme Court was premised on five grounds, among them that the Court of Appeal judges erred in holding that they had pronounced themselves on the constitutionality of the appellants’ claim had no legal basis.

The court was told to determine whether the appellants were discriminated against on grounds of ethnicity and whether their right to property under Section 75 of the Constitution had been contravened.