• A total of 29 people survived in the incident. 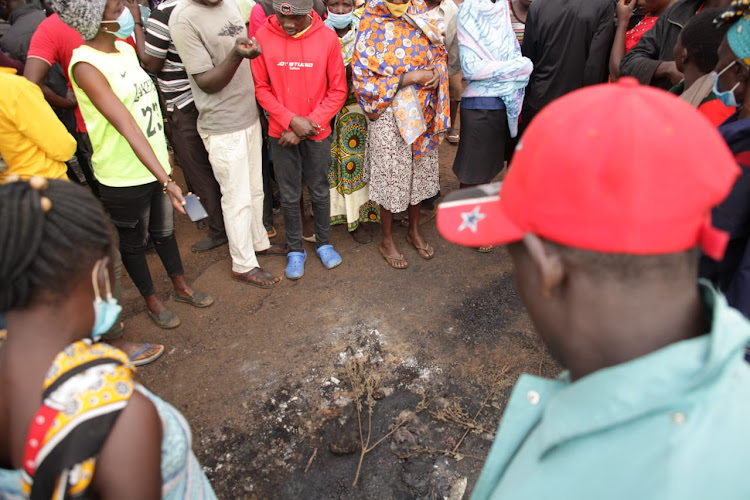 Leaders from Siaya county have sent their condolence messages to the families and relatives who lost their loved ones in the Saturday night fire incident that claimed 13 lives.
Image: FAITH MATETE

Leaders from Siaya county have sent their condolence messages to the families and relatives who lost their loved ones in the Saturday night fire incident that claimed 13 lives.

Ugunja MP Opiyo Wandayi, on his Facebook page noted, "I extend my sincere condolences to the families of the victims and to our good neighbours, the people of Gem, and wish quick recovery to all those who were injured."

He added, "On behalf of the people of Ugunja, I also express solidarity with the people of Gem and stand ready to work with them as they respond to the humanitarian needs arising from this disaster".

Siaya Governor Cornel Rasanga noted that the county government will join friends and families to support those injured and recuperating from the incident.

"Sincere condolences to family and friends who have lost loved ones in the unfortunate inferno involving a fuel tanker and oncoming vehicle around Malanga in Siaya county," Rasanga said.

"I stand with the bereaved families their relatives, and friends during this time and pray that God grant them courage to bear the tragic loss of their loved ones," he said.

Alego Usonga MP Samuel Atandi stated "On behalf of Alego Usonga, I take this opportunity to comfort families of those affected by the Yala oil fire."

Adding, "We urge our people to learn from previous experiences on oil tragedy and exercise maximum caution around such situation."

However, Gem MP Elisha Odhiambo, while speaking at the scene, stated that he realizes that as a country, there is a problem because the emergency response time is very minimal and wanting.

He asked the CS for Transport James Macharia to take a keen look at the Kenya National Highway Authority because they cannot make a road without a signage.

"The reason the tragedy has happened is that this particular road does not have any signage for drivers to know that they are going through a bad patch," he said.

A total of 29 people survived in the incident.