The elders, both men and women drawn from all the nine subtribes of the Mijikenda, were dressed in full traditional regalia. They converged at the scene early in the morning and first conducted prayers to appease the gods and asked for forgiveness. 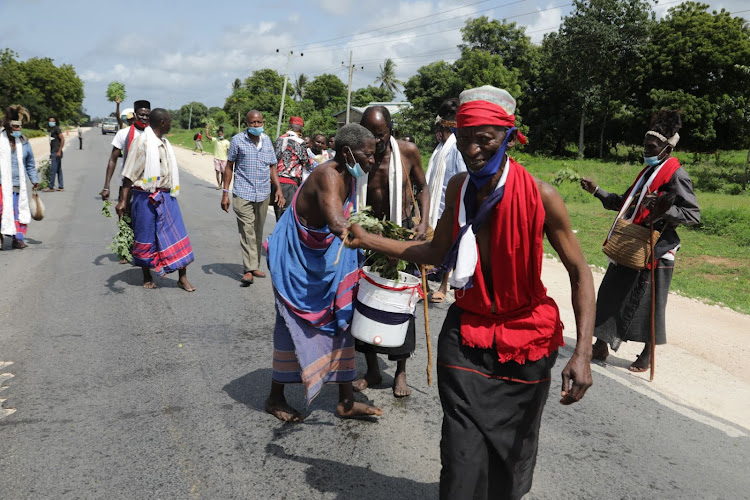 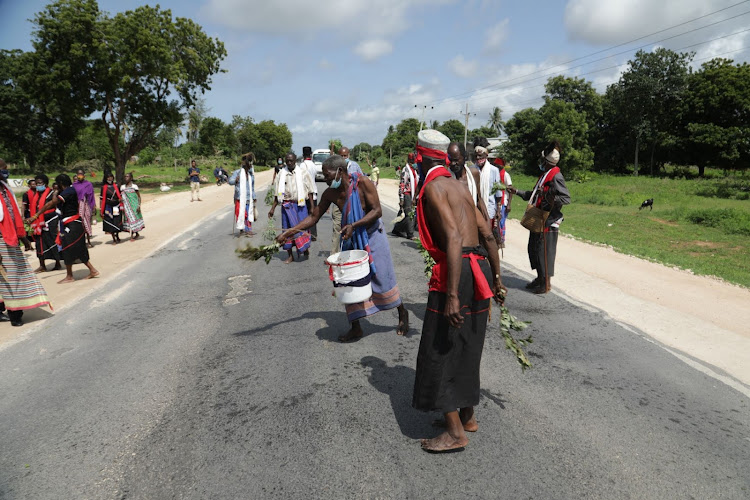 On April 8, an accident claimed the lives of 15 people and left another 14 nursing serious injuries in Kilifi.

A bus ferrying passengers from Malindi to Mombasa collided head-on with a matatu going the opposite direction at Kwamkikuyu in Kizingo area. It was not the first time an accident was claiming lives at that spot.

On Sunday, Kaya elders performed rituals on the road to rid it of accidents.

For about 20 minutes, vehicles were stopped as the elders sprinkled concoctions of blood and herbs on the road as they performed the rituals.

The elders, both men and women drawn from all the nine subtribes of the Mijikenda, were dressed in full traditional regalia. They converged at the scene early in the morning and first conducted prayers to appease the gods and asked for forgiveness.

Then they marched to the road carrying a black hen, a red cock and a goat. They also had a traditional pot filled with concoctions.

The elders then allowed witchdoctor Bimumba Sulubu Nzai to take charge and perform the rituals. Sulubu is well known in Magarini.

He led the ceremony, commonly known as ‘kumboza kilatso’ meaning to remove the bad blood responsible for the accidents.

Sulubu first appeased the gods with concoctions then poured mnazi on the road. Mnazi is traditional palm wine.

He then slaughtered the chicken whose blood was put in the traditional pot that was covered with a white and red piece of cloth.

The witchdoctor then slaughtered the goat and mixed the blood with that of the chicken and the traditional herbs in the pot.

The concoction was given to elders who sprinkled it on the tarmac using leaves. The elders chanted unfathomable words as they performed the rituals. It is believed they were asking God to cleanse the road and end the spate of crashes on that section.

Sulubu is the witchdoctor who also cleanse River Sabaki bridge after two busses collided there and plunged into the water two decades ago.

“The black hen is for ensuring there is peace, while the goat and the cock are for removing the bad blood,” he said.

Tsuma Nzai Kombe, the chief coordinator of Mijikenda Kaya elders who led the delegation, said they came to conduct the rituals to end the series of accidents in the area.

“These prayers were planed by elders and we started in Rabai then to Ribe and Mlima wa Ndege where we prayed for elders who were rescued for allegedly practicing witchcraft. Today, we are here to conduct these rituals to cleanse this road," Kombe said.

The elders were to later proceed to the Mekatilili Menza site to get her blessings. They will then go to Mipoho and Kaya Kinondo shrines to get the blessings of the Mijikenda.

“We are happy to see Kaya elders in the frontline promoting unity of the Mijikenda. We applaud them and urge the government to cooperate with the elders so as to champion the unity of the country,” he said.

Furaha Ngumbao, a youth leader from Magarini who lost three relatives in the April accident, said he was happy to join the elders in the cleansing ceremony.

“It was a tragedy that affected the whole country because those who died are not Mijikendas but Kenyans. It is nice to see Kaya elders coming to do the rituals," Ngumbao said. 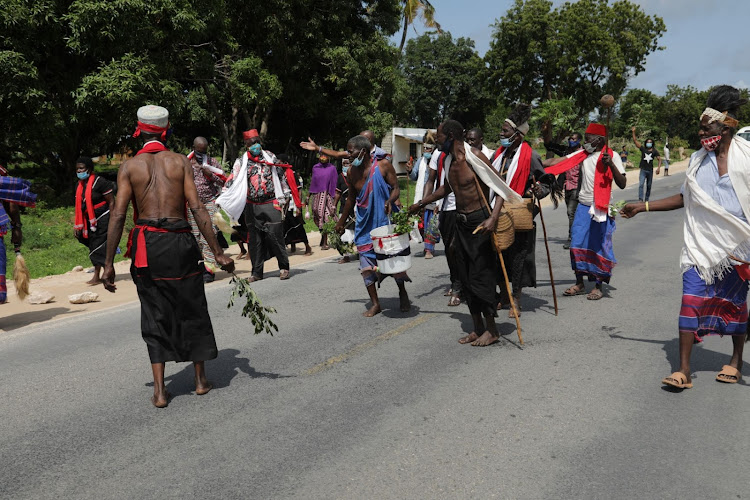 Mijikenda Kaya elders conducting rituals for cleansing the accident scene where 15 people died in a grisly road accident on April 8 this year at Kizingo area along the Malindi Mombasa highway
Image: ALPHONCE GARI 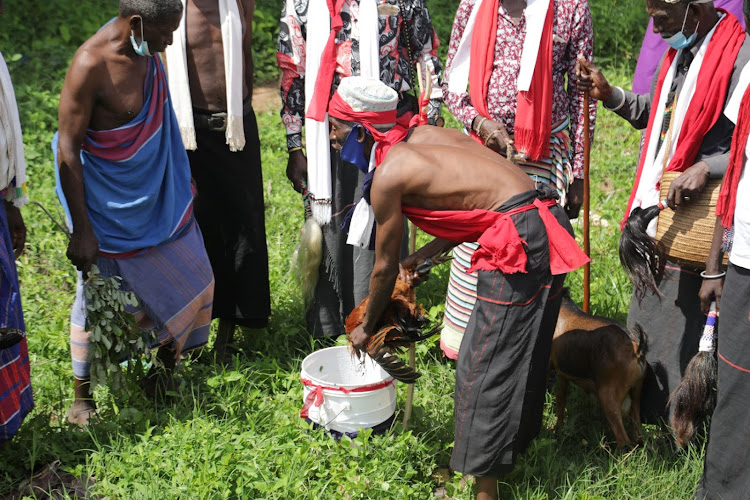 Mijikenda Kaya elders conducting rituals for cleansing the acident scene where 15 people died in a grissly road accident on April 8 this year at Kizingo area along the Malindi Mombasa highway
Image: ALPHONCE GARI 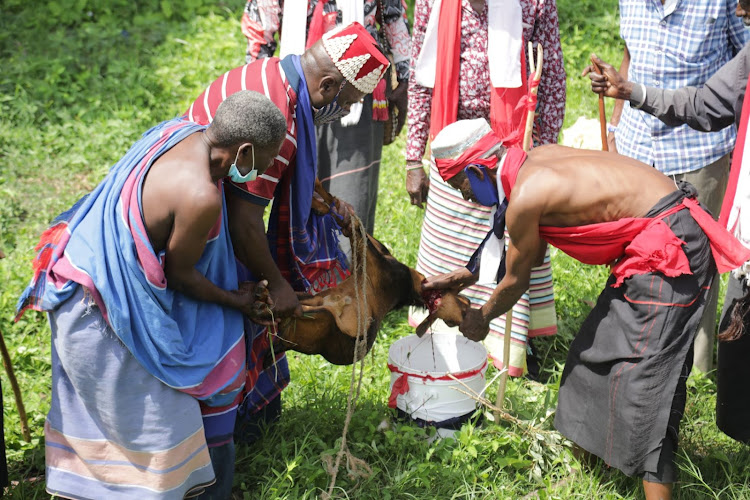 Bimumba Sulubu the witchdoctor pours the blood of the goat inside the pot with concoctions at the scene of the ill fated April accident that left 15 people dead along the Malindi Mombasa Highway as other Kaya elders look on
Image: ALPHONCE GARI
by ALPHONCE GARI Correspondent, Coast Region
News
18 July 2021 - 22:00