Mamo says regular surveillance and enforcement of the ban will continue.

• Before 2017, about 100 million plastic bags were used in Kenyan supermarkets every year.

• Despite the ban, plastic bags are still being smuggled into the country. 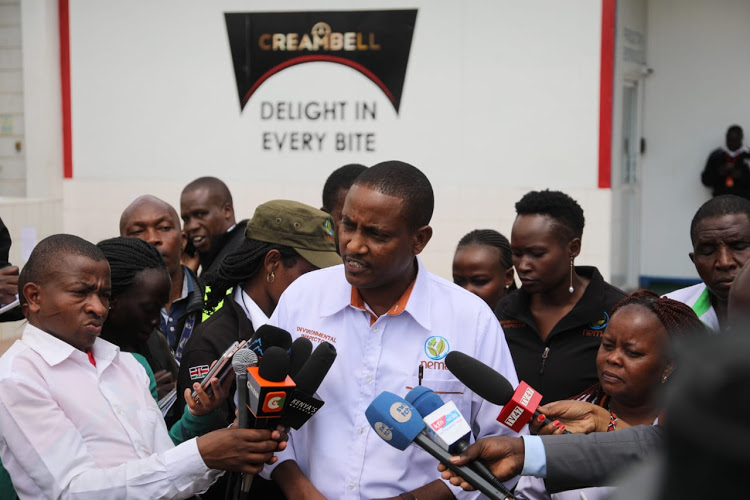 The ban on single-use plastic has succeeded by 93 per cent since it was enforced in 2017, Nema has said.

National Environment Management Authority director general Mamo Mamo told the Star on Thursday that single-use plastic bags have been eradicated in some counties.

“We will continue working with counties because solid waste management is a devolved function,” Mamo said.

Before 2017, about 100 million plastic bags were used in Kenyan supermarkets every year.  A ban on the production, sale, importation and use of plastic carrier bags came into effect in August of that year.

Being found with a plastic bag in Kenya attracts a fine of between Sh2 million and Sh4 million or a jail term of one to two years, or both.

Despite the ban, plastic bags are still being smuggled into the country.

It is suspected that banned plastics are coming from countries such as Tanzania, Somalia and Uganda.

A study supported by Nema in 2017 showed more than 50 per cent of livestock had ingested plastic.

The study conducted in Dagoretti, Kiserian and the Kenya Meat Commission showed that affected livestock were weak, bloated and produced less milk.

“We used to get reports that six out of 10 cows slaughtered had ingested plastics. Right now, only one out of every 10 are reported to have ingested plastic. This is a good achievement for livestock keepers and pastoralists,” he said.

Mamo said regular surveillance and enforcement of the ban will continue.

He said the authority is working closely with market supervisors in  various counties to completely eliminate plastic bags.

The Nema boss warned that they will not hesitate to shut down markets found with banned plastic bags.

“We will increase surveillance in all the 47 counties. We have received reports that there are cases where these plastic bags are found, especially in marketplaces and highways.”

Mamo said 92 people have been arrested and charged in the last two weeks after they were found with plastic bags.

Nema is also working with Customs, KRA and the police to enhance surveillance along the porous borders, he said.

He said the authority has been facing challenges in Garissa, Mandera, Moyale, Busia, Taita Taveta, Namanga, and pockets of other border posts.

Mamo said his officers, with the support of DCI, are visiting godowns in Nairobi, Mombasa, Nakuru and Kisumu looking for manufacturers of  banned plastics.

The United Nations Environment Programme has also said that the war to end marine plastic pollution is on course.

“Over 60 countries - both coastal and landlocked - have signed up to this global movement with ambitious pledges and commitments,” it said.

UNEP said at least 11 million tonnes of plastic are dumped into water bodies every year.

It is estimated that about five trillion macro and microplastic pieces are floating in the ocean, making up 60 to 90 per cent of marine debris.

Since its launch in 2017, the campaign has become a catalyst for change, transforming habits, practices, standards and policies around the globe.

UNEP said many countries have pledged to reduce or eradicate single-use plastics from their societies through stronger legislation and regulation.

Others have committed to investing more in national recycling facilities and promote action plans to prevent harm to the coastal and marine environment.

Kenya joined the campaign in December 2017.

Nairobi County is seeking to amend the Plastic Control Act 2016.
Business
1 week ago