• 1,139 patients have recovered from the disease with 1,084 from the home based isolation and care program while 55 are from various health facilities countrywide. 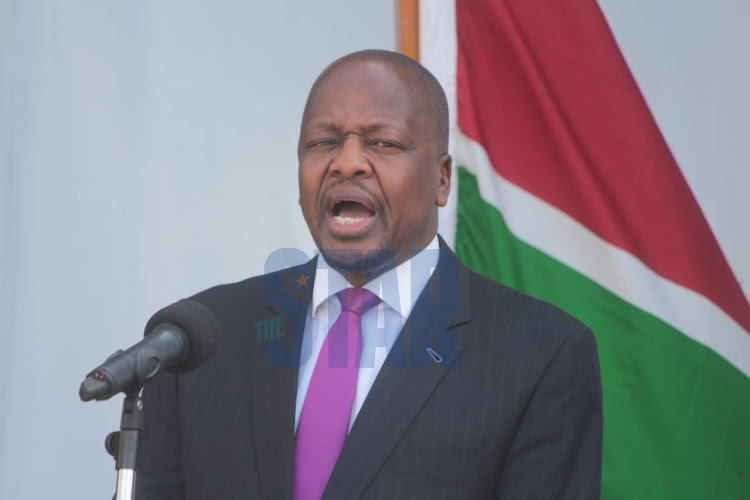 The youngest is a seven-month-old baby while the oldest is 98 years.

In terms of recoveries, 1,139 patients have recovered from the disease with 1,084 from the home based isolation and care program while 55 are from various health facilities countrywide.

This now bring the total number of recoveries to 181,682 out of which 145,138 are from home based care and isolation program while 36,544 are from various health facilities.

Health CS Mutahi Kagwe also pointed out that they have had some issues with the number of recoveries reported over the past few days but their team has now harmonized the data.

Sadly, six patients have succumbed to the disease, all of them being late deaths reported after conducting facility record audits in July 2021.

This now pushes the cumulative fatalities to 3,760.

A total of 1,150 patients are currently admitted in various health facilities countrywide, while 4,346 are under the Home-Based Isolation and Care program.

130 patients are in ICU, 41 of whom are on ventilatory support and 60 on supplemental oxygen.

29 patients are under observation.

Another 254 patients are separately on supplemental oxygen with 235 of them in general wards and 19 in High Dependency Units (HDU).

As of today, a total of 1,618,356 vaccines have so far been administered across the country.

The uptake of the second dose among those who received their first dose is at 56.0% with the majority being males at 55% while females are at 45%.

Proportion of adults fully vaccinated is 2.1%.

In terms of county distribution, Nairobi leads with 229 cases, Nyeri 86, Kiambu 72, Mombasa 67, Busia and Nakuru with 27 cases each, Siaya 26, Machakos and Uasin Gishu with 24 each.

Kericho has 19 cases, Bungoma 18, Nandi 12, Kajiado 11, Nyandarua and Murang’a with seven each, Kwale, Migori, Kilifi, Homa Bay, Makueni and Taita Taveta with six cases each, Laikipia, Garissa and Kisumu with four each, while Embu and Kirinyaga have three each.

Counties with two cases are Bomet, Kitui, Tharaka Nithi and Trans Nzoia, while Kakamega, Meru, Narok, Nyamira and Baringo have one case each.