• Rotich, a land surveyor, nonetheless said politicians are not entirely to blame for the culture of handouts.

• He reiterated that poor Kenyans are bound to take money from politicians during campaigns. 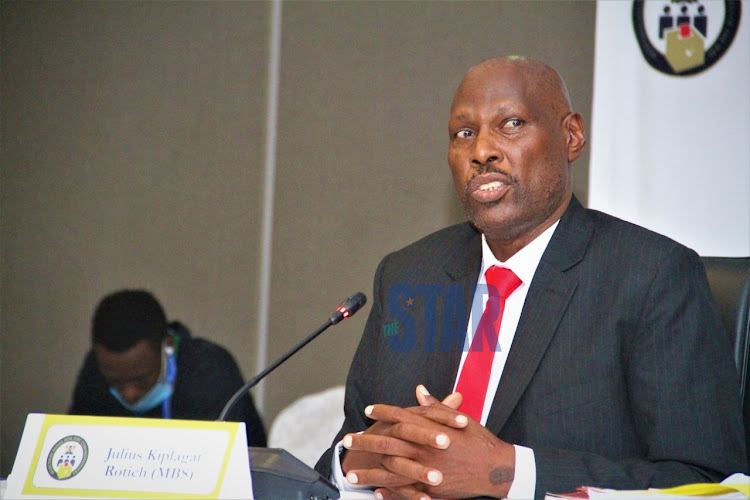 A candidate for one of the four positions at IEBC has told Kenyans to take money from politicians but vote for right people.

Julius Rotich argued this would be a way of beating the culture of handouts since wealthy politicians will be discouraged from bribing voters with time.

Rotich was however quick to tell the panel recruiting the commissioners that his remark was not the kind of advice he would wish to give voters but politicians had formed the habit of preying on desperate Kenyans.

“We once had an election in Bureti and locals would say they were going for lunch at a rich candidate’s home but would vote for a primary school teacher who was also in the race. That attitude should be inculcated in Kenyans,” he stated.

Rotich, a land surveyor, nonetheless said politicians are not entirely to blame for the culture of handouts.

“When people in the villages see politicians, they will always ask for something small. Everything nowadays seems to be money oriented but I think it originated from politicians,” he said.

He reiterated that poor Kenyans are bound to take money from politicians during campaigns.

“You cannot tell a poor person to turn away money but you can only advise them to make the right decisions at the ballot,” he explained.

Rotich said if hired, he would ensure there is efficiency in voter registration, delivery of results, resolution of disputes and delimitation of boundaries.

He said he would constantly engage stakeholders in open discussions with the view of safeguarding the independence of the electoral body.

“IEBC is independent and also interdependent as it relies on various agencies to deliver on its mandate,” he stated.