• Article 102 of the Constitution says Kenya must be at war for the term of Parliament to be extended.

• It stipulates that, “The term of each House of Parliament expires on the date of the next General Election”. 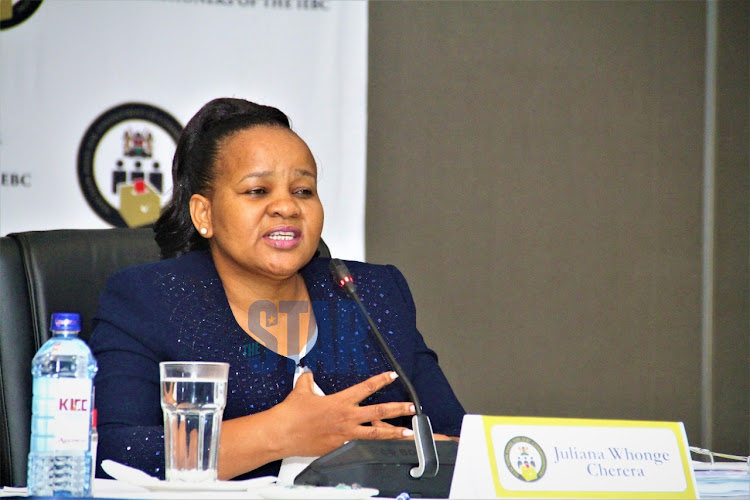 During her interview on Wednesday, Cherera, an accounting officer at the Mombasa county government, said elections could wait should the pandemic get to catastrophic levels before August next year.

“Life comes first. If the pandemic worsens, we will need to seek advise from the Ministry of Health,” she said.

Cherera explained that the trend and mortality rate would be the determining factors.

“We have seen the scenarios in India and we would not want that to happen in our country,” she stated.

At least 78 countries and territories across the globe have decided to postpone national and sub-national elections due to Covid-19 from February 2020 to June 2021, according to International Institute for Democracy and Electoral Assistance.

The organisation however notes that at least 125 countries and territories have decided to hold national or sub-national elections despite concerns related to Covid-19 during the same period.

Article 102 of the Constitution says Kenya must be at war for the term of Parliament to be extended.

It stipulates that, “The term of each House of Parliament expires on the date of the next General Election”.

“When Kenya is at war, Parliament may, by resolution supported in each House by at least two-thirds of all the members of the House, from time to time extend the term of Parliament by not more than six months at a time,” adds the article.

It provides that a General Election of Members of Parliament shall be held on the second Tuesday in August of every fifth year.

This is the same date for election of the President, governors and MCAs.

Cherera said, “We cannot proceed with elections if the life of the people participating in it is at risk.”

She further said if appointed she would focus on targeted registration of voters, particularly for marginalised groups.