Uhuru Gardens to be memorial park of history and heroes

President has visited the place more than 10 times. Will Jomo Kenyatta's Mausoleum be relocated? 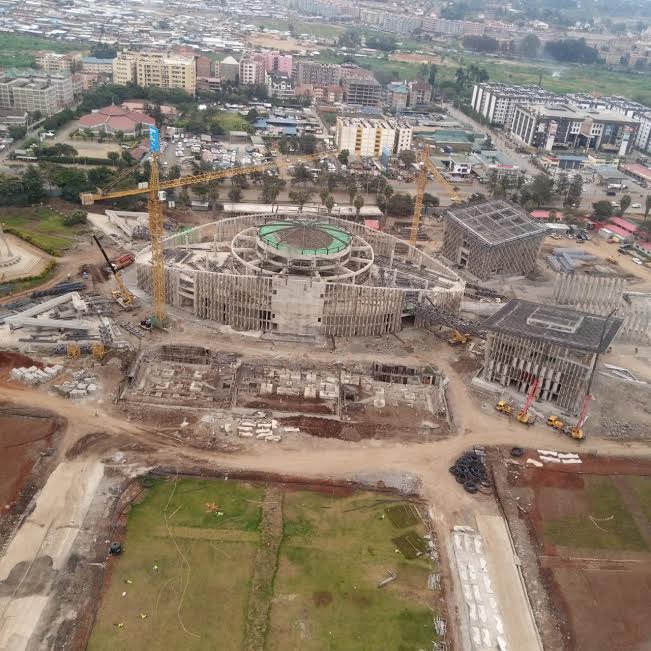 When President Uhuru Kenyatta made an impromptu visit to Uhuru Gardens along Langata Road, Nairobi on a Sunday afternoon in June 2020, few people knew his plans.

Since then, he has visited more than 10 times, making workers jittery.

“He comes here even at night and walks around before he leaves. He is dedicated to this," one worker said.

During his first visit, the President found dozens of revellers in cars and in the grass, drinking and chewing miraa.

A witness said a guard even asked the President for a tip to let him in, without knowing who he was. The President readily handed the guard some cash, then he was shown where to park and told to have a good time.

He then toured the area with at least one bodyguard before he made calls, including, it is said,  to Chief of Defence Forces General Robert Kibochi.

He also called officials at the National Museums and Ministry of Sports about his wishes.

A few days later, tenants at the facility were given a day to vacate before the military moved in and fenced it overnight.

The military are now among contractors on site working on roads, a government museum, shopping complex, business centre,  a hotel and convention centre.

A Chinese contractor is working on site.

The cost involving different contractors was not immediately known.

It will be a memorial park of Kenyan history and heroes.

The President plans to inaugurate all or the completed part of the facility by Jamhuri Day, December 12.

The President’s surprise night visits are among efforts to spur the workers on.

A monument or heroes corner will bear the names of personalities, including former presidents and heroes.

Discussions are underway about whether to move the Jomo Kenyatta Mausoleum from Parliament to the new Uhuru Gardens site.

Officials from the National Museums of Kenya have been helping government agencies move key artefacts to the new site.

Officials from the military, National Museums of Kenya, the Ministry of Sports and other ministries declined to comment. 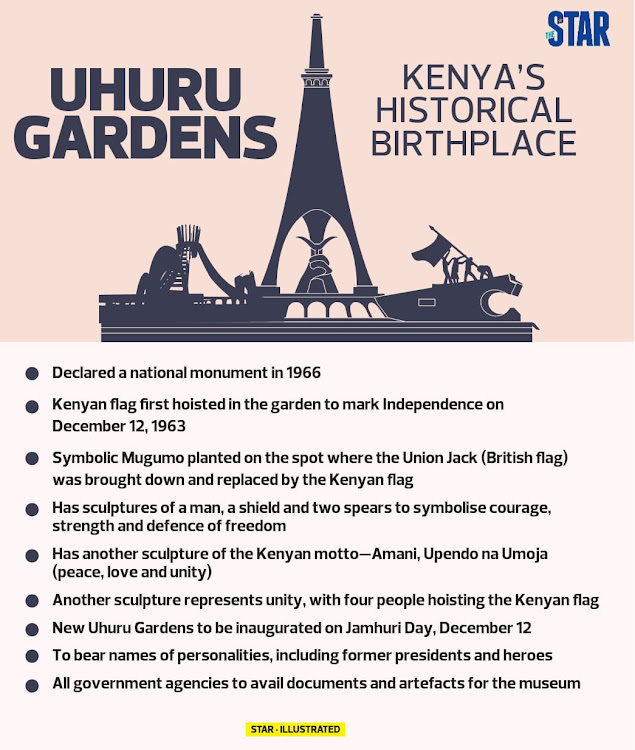 All government agencies have been ordered to gather documents and artefacts for the museum, and explain their significance.

For instance, the military, the National Police Service, Kenya Prisons Service, National Youth Service, Kenya Forest Service and other uniformed agencies have been asked to write their histories, up to the present.

Each agency will have a room where they will display their history, including their uniforms and equipment and explain how they have evolved.

Vice Chief of Defence Forces Lt Gen Levi Mghalu is the chairman of the disciplined forces' committee working on the programme. The team meets every two weeks to assess progress and set new goals.

“We have moved a number of artefacts and will move more soon,” a senior official said.

State House and Nairobi City County have been asked to donate unused vintage cars from before and after Independence.

All unused cars used by past presidents at State House have been moved to a site at the gardens.

The military and other disciplined services will also deliver vehicles.

The facility will also have a memorial park and a sacred site. When the park was closed in June 2020, CS Amina Mohamed announced the park had been closed for a year for renovation.

“The grass is very long and weeds have overgrown most of the pathways. After agreeing with museums, we decided that we needed to close it down to take it back to its original form and make sure it retains its glory,” she said.

“We need to grow new grass… we need to make sure the place has picnic sites for families so that parents can bring their children and instil a sense of history and a sense of pride,” Amina said while touring the facility.

She said nothing about a major hotel and business complex.

A Mugumo tree planted there by Founding President Jomo Kenyatta as the Union Jack was lowered.

The tree was declared a national monument in 1966, three years after the Kenyan flag was hoisted there on Independence Day, December 12, 1963.

It will be Kenya's largest memorial park.

It will soon be joined by the Mashujaa/Heroes' Corner now under construction.

The site has diverse flora and savannah woodland, attracting thousands of recreation seekers and nature lovers.

It was a popular venue for school parties, corporate launches, concerts, weddings and filmmaking.

Concerning the hotel, officials said the government has directed some money earmarked for a convention centre within the park to be used.

The centre will cost $561 million (Sh60.5 billion), according to an earlier estimate.

The new development was to be called the Bomas International Conference and Exhibition Centre.

At Bomas, it was to consist of presidential and VIP pavilions, coffee shops, five luxury hotels with a total 2,000-bed capacity, a conference centre for 10,000 delegates in one hall, 15,000 exhibition spaces, business centres and social amenities.

It was originally to be built on 82 acres where the current Bomas of Kenya is located.

The aim was to have it strategically located away from the city centre and near most diplomatic offices and high-end hotels.

The Bomas of Kenya was started in 1971 to preserve, maintain and promote  diverse cultural values of various groups and act as a tourist attraction. 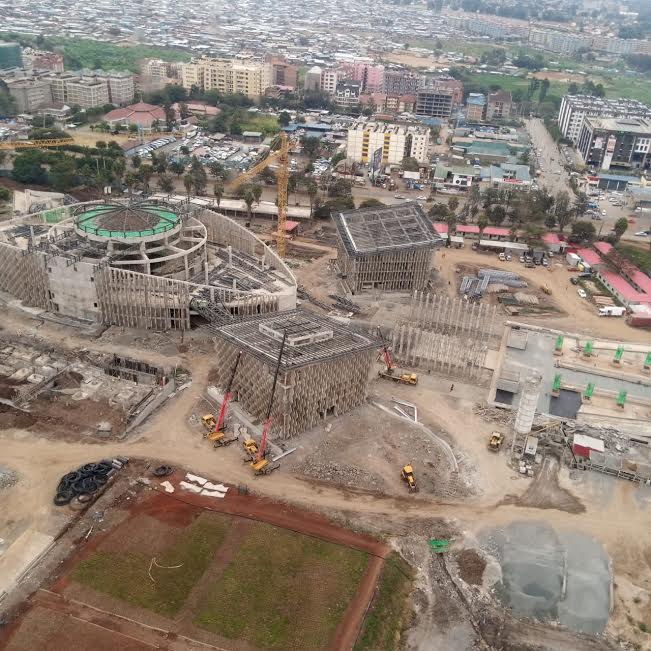