• Mohamed had been scheduled to appear at 9:30am, but did not show up.

• According to the panel, Abdalla did not have a genuine Bachelor's degree. 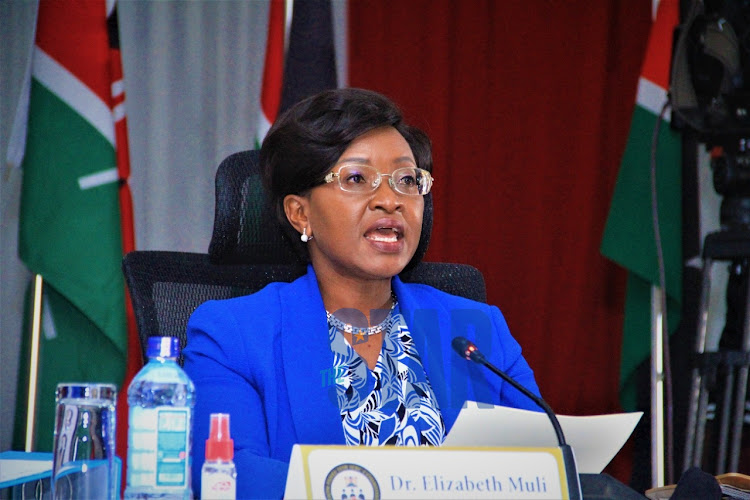 A candidate for the position of IEBC commissioner has withdrawn from the race over a forged degree.

The selection panel made the announcement on Wednesday, as interviews began at KICC.

Chairperson Dr Elizabeth Muli said the panel wrote to universities and other agencies to seek authenticity of candidates documents and Kenya Methodist University responded saying Abdalla Mohamed had not obtained a degree from the institution as had been alleged.

"On June 28, the selection panel wrote to the Kenya Methodist University seeking verification of Abdalla’s Bachelor’s Degree which he had alleged to have been awarded on July 28, 2007," she said.

The panel received feedback from the university on July 1, 2021, confirming that Abdalla was not awarded the degree and was not a student in the university.

Muli said that they informed Abdalla of the reply from the varsity on July 6 via mail, and he thanked the panel for its correspondence and said he will not appear for the interview.

“The Selection Panel remains committed to ensuring that the persons nominated for appointment to the position of member of the IEBC are persons who are qualified for the position and who meet all the requirements set out in the Constitution and the Law,” Muli said.

Mohamed, who is also the SUPKEM long-serving chairman in charge of the Eastern region had been scheduled to appear at 9:30am, but did not show up.

The panel will therefore wait until 11:30am to interview Dr. Abdirizak Arale Nunow, who had been scheduled to be the second candidate.

Anne Mwikali Kiusya will be the next to appear before the panel at 2pm.

The panel shortlisted 36 candidates for the three vacant positions in the commission.

All the candidates were subjected to a psychometric test, a week before the oral interviews.

The test, which was followed by a case study, took place at KICC.

Psychometric assessment is a standardised, validated test that enables the measurement of aspects of an individual such as their ability, behavioural traits, interests, and certain attitudes.

The tests have been used the world over as best practice in adding to the robustness of a selection process.

The interviews are being conducted in public in line with the First Schedule to the Independent Electoral and Boundaries Commission Act, 2011.

The Kriegler report recommended that a functional electoral body be constituted at least a year before the election.

With barely 13 months to go the window for picking the four commissioners is quickly closing.

The law requires that candidates for the positions of commissioner at the body be vetted by a multi-agency panel made up of representatives from Parliament, the Law Society of Kenya and religious organisations.

Panel is keen to get candidates who will inspire public confidence in the country’s electoral system
News
1 month ago
by KEVIN CHERUIYOT AND ALLAN KISIA
News
07 July 2021 - 10:29