“The Kenyan government should investigate these cases and hold implicated officials to account.”

•Gulen had been accused of being a member of an outlawed organisation headed by his uncle.

•He had been detained in Kenya since May 3, 2021, before he was handed over to the Turkish authorities. 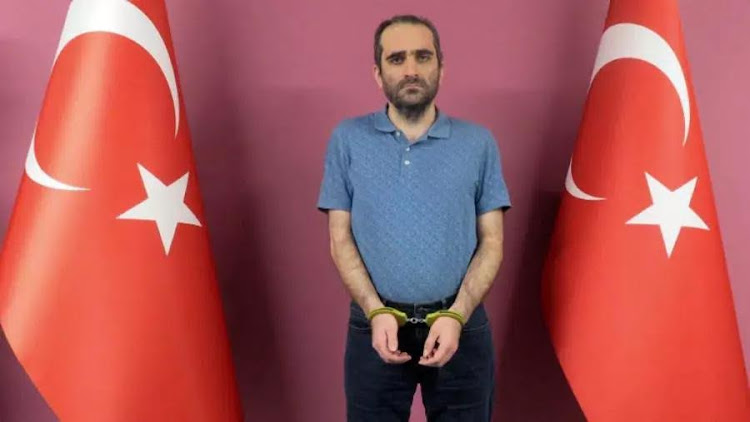 Image of Selahaddin Gulen published by Anadolu news agency published in handcuffs, with Turkish flags on each side of him on May 31
Image: Courtesy

Kenyan authorities should investigate the alleged abduction and eventual deportation of Selahaddin Gülen to Turkey, Human Rights Watch has said.

In a statement on Thursday, East Africa director Otsieno Namwaya said the deportation of Gülen, violated Kenya’s obligations to uphold the principle of non refoulement under international and regional refugee law.

Gülen was reported missing under unclear circumstances on May 3, 2021 after he reported at the Directorate of Criminal Investigations head office in Nairobi under an October 2020 court order.

Another Turkish national who had accompanied Gülen to the agency headquarters and disappeared along with him, was released by Kenyan authorities on May 5.

"Kenyan authorities have a responsibility for what happens within their borders, and should investigate the possibility of complicity of its officials in this flagrant disregard for due process,” Namwaya said.

“This is even more urgent given the negative history of alleged complicity of Kenyan authorities in previous incidents of abduction and deportation of asylum seekers.”

On June 14, Human Rights Watch wrote to the Kenyan cabinet secretaries for foreign affairs, Rachel Omamo, and for interior and coordination of national government, Fred Matiang’i, seeking comment about the alleged abduction and deportation of Gülen and the role Kenyan state agents played in the incident.

The authorities have yet to respond.

Under international refugee and human rights law, the principle of nonrefoulement guarantees that no one should be returned to a country where they would face torture, cruel, inhuman or degrading treatment or punishment and other irreparable harm.

This principle always applies to all migrants, irrespective of migration status.

“Kenyan authorities should abide by their international human rights obligations and stop exposing refugees and asylum seekers within its jurisdiction to danger,” Namwaya said.

“The Kenyan government should investigate these cases and hold implicated officials to account.”

Gulen had been accused of being a member of an outlawed organisation headed by his uncle.

He had been detained in Kenya since May 3, 2021, before he was handed over to the Turkish authorities.

Turkish officials were not involved in the operation in Kenya, officials aware of the developments said, adding it was all political.

It is not clear how and why those behind his detention in Kenya decided to hand him over to Turkey because there were court proceedings on his case and orders had been issued on his detention.

His wife Serriye, a teacher in Kenya, said in a video on social media that her husband had gone missing in Nairobi in early May.

Turkey's Anadolu news agency published a photograph of Selahaddin in handcuffs, with Turkish flags on each side.

The outlet did not say if his capture—carried out by Turkey's National Intelligence Organisation (MIT)—had been made in agreement with Kenya.