• President urged Kenyan motorsport enthusiasts to behave well, saying it had taken the country years of negotiations and preparations to bring back the WRC event after an 18-year absence. 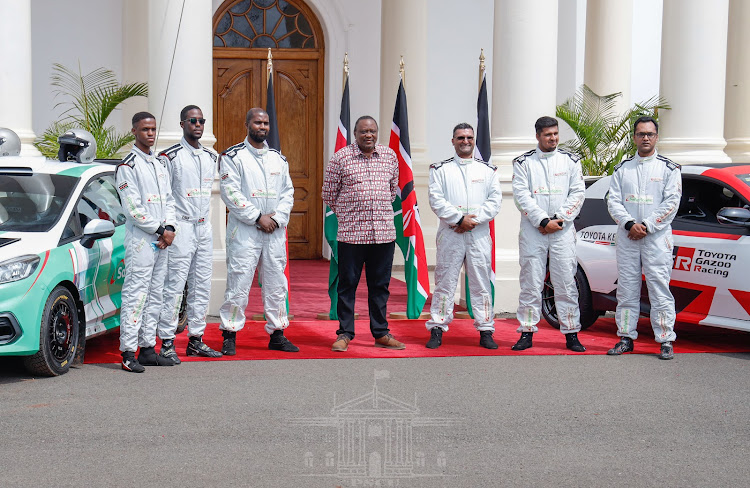 President Uhuru Kenyatta has said Kenya is adequately prepared to welcome back the World Rally Championship (WRC) Safari Rally which kicks off in a week's time.

The President has urged Kenyan motorsport enthusiasts who will be attending the four-day Safari Rally to behave well, saying it had taken the country years of negotiations and preparations to bring back the WRC event after an 18-year absence.

"It was 2010 when we started trying to work with WRC to ask them to get back. There were a lot of hurdles along the way. The preparations have been intense and I want to thank all agencies, our private sector, and rally enthusiasts who have given their time and effort to ensure that this event takes place,” Uhuru said.

"My hope and my prayer are that the manner in which we shall conduct ourselves over the next few days will be such that everybody will accept and understand that the Safari Rally is now here and is here to stay, and we're not likely to lose it. But that will depend on not only with how you all perform, all the agencies involved will perform but how Kenyans themselves will behave,” he said. 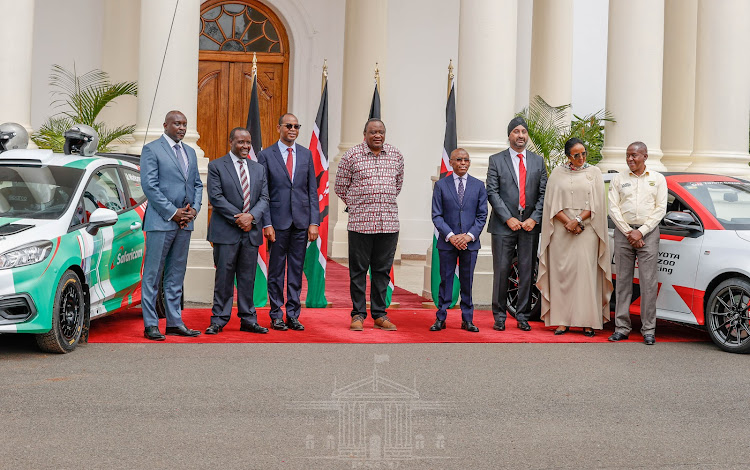 The three drivers including Hamza Anwar (22), McRae Kimathi (26), and Jeremy Wahome (22) are sponsored for the WRC Safari Rally by Safaricom and Kenya Airways.

The president wished the young drivers success in the Safari Rally and in future local and international motorsport telling them to always be good Ambassadors in Kenya.

The President urged the Kenyan corporate sponsors of the 2021 WRC Safari Rally to continue supporting the event in the future so as to ensure Kenya retains it long-term.

"To all the sponsors, thank you very much. Please don't treat this as a one-off event, mark it in your annual budgetary calendars. We will be looking to you to help us maintain this rally here in Kenya.”

Sports CS Amina Mohamed who also spoke at the event, also attended by motorsport veterans Ian Duncan and Carl 'Flash' Tundo, thanked the president for his personal involvement in lobbying for the return of the WRC Safari Rally.

The CS added that the return of the WRC Safari Rally will re-ignite Kenya's motorsport heritage.

Also present at the handover ceremony were Sports PS Joe Okudo and Safari Rally CEO Phineas Kimathi among other motorsport officials and enthusiasts.

Safaricom announced a Sh17.5 million sponsorship for the Safari Rally as the event makes its return to the World Rally Championship calendar for the first time in close to two decades.

The sponsorship includes Sh15 million which will go towards supporting three young Kenyan drivers selected as part of the FIA Rally Star programme.

The rally will take place from 24th to 27th June and has attracted 58 drivers.

the 58 drivers include 34 Kenyan racers set to participate.

The fabled Safari Rally has always mesmerised the world.

“It’s truly an honour to be a part of the iconic WRC Safari Rally. Toyota has been an avid supporter of Safari over the years,"—Arvinder Reel
Sports
1 month ago
by KEVIN CHERUIYOT Online Journalist
News
17 June 2021 - 13:43