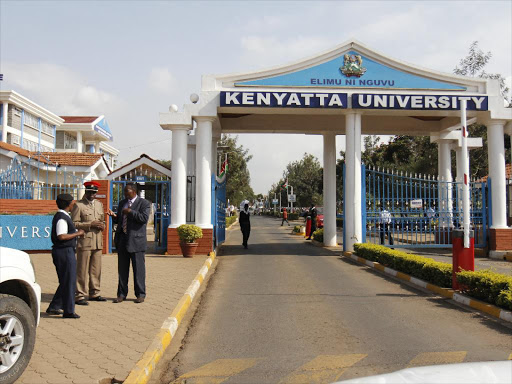 Seven top public universities are set to benefit from a budget increase according to the 2021-22 estimates announced by Treasury CS Ukur Yatani last week.

An assessment of the budget figures presented before Parliament shows the institutions will get Sh46.98 billion from Sh24.28 billion in the current financial year.

The proposed allocation increase seeks to foot recurrent expenses that have strained the institutions in the past five years and has seen them fail to remit more than Sh34 billion in statutory deductions for employees.

The University of Nairobi will be the biggest beneficiary of the funding boost after its allocation for recurrent budget more than doubled to Sh13.23 billion from Sh5.93 billion in the current financial year.

It is followed by Kenyatta University whose budget will rise to Sh8.807 billion from Sh4.12 billion.

Jomo Kenyatta University of Science and Technology will get Sh8.77 billion in the year starting July 1 from Sh4.39 billion it received previously.

Maseno University will get Sh3.51 billion in the year starting July 1 up from Sh2.003 billion while the Technical University of Kenya has been allocated Sh2.85 billion from Sh1.88 billion previously.

The increase in allocations comes as a big reprieve for the public institutions that had in December last year written to the Treasury seeking an additional Sh20 billion in the wake of the economic disruptions occasioned by the Covid-19 pandemic.

Funding for universities has been hit hard by the sharp decline of students enrolling for the parallel degree programmes over the past three years. The universities generated billions of shillings from the students.

Post a comment
WATCH: The latest videos from the Star
by LEWIS NYAUNDI Education Reporter
News
17 June 2021 - 23:00
Read The E-Paper