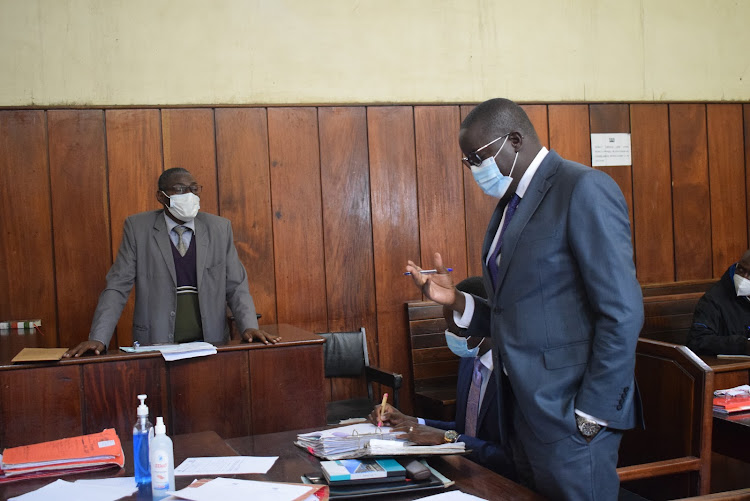 A forensic expert has told a court that bullets in former Kabete MP  George Muchai’s car were sprayed from outside.

Stephen Kemboi, a senior superintendent, told the court that cartridges at the scene were from a G3 rifle.

Kemboi was testifying in the robbery with violence trial against seven suspects.

Muchai, his driver and two bodyguards were killed on the morning of February 7, 2015, in Nairobi.

In a report filed before city chief magistrate Roslyne Onganyo,  Kemboi recalls how he was called to work after the  4am shooting incident.

He arrived at the scene and found a vehicle registration KBF 357D Toyota parked on the outer lane of Kenyatta Avenue, a few metres from the round about facing the CBD direction.

Inside the vehicle were four bodies all with bullet wounds.

He took several pictures of the scene.

After the body was removed from the vehicle, he saw Muchai's shirt was soaked in blood, especially around the stomach.

Kimathi's pistol holster was empty, an indication his gun was missing.

“Wambugu’s body was still on the driver’s seat with the keys on the ignition. He had a bullet wound in the chest near the neck and a blood stained shirt,” Kemboi said.

During cross examination, by the accused persons, Kemboi was asked why his report indicated a murder case yet the charges are for robbery with violence.

He said he had two notions as he was photographing the scene - one was for murder and two for robbery with violence, but it was upon the investigating officer to determine the charge or charges to prefer.

The prosecution had been given until October last year to have completed its case before the upsurge of Covid-19, which led to the closing of courts.

Chief Magistrate Roselyn Oganyo, on Wednesday, said she was under pressure to complete the case because it has been six years since Muchai was killed.

She  said the first accused Eric Muyera had asked that the matter be adjourned, claiming he did not have the witness statement.

He claimed his documents were destroyed by a police officer at Kamiti prison, where he and other suspects are remanded.

Muyera also said that his clothes were stolen and he has been forced to survive on one pair. 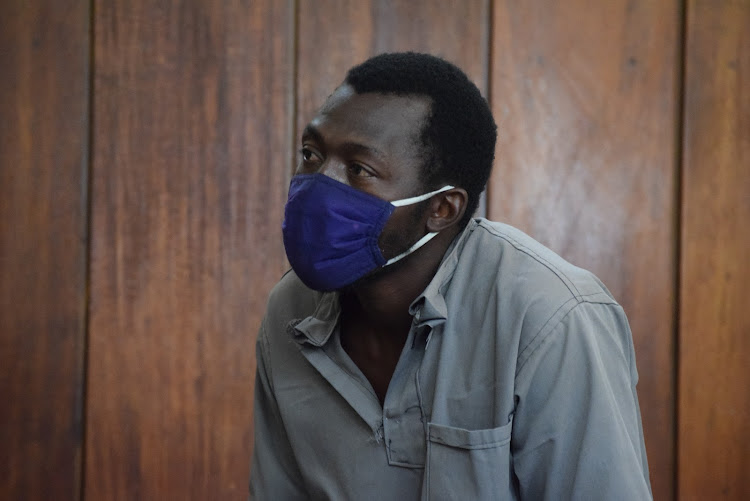 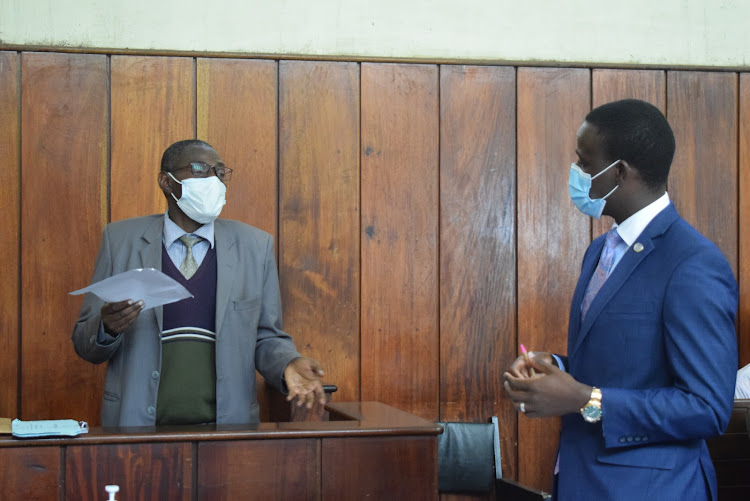