DEATH OF A BILLIONAIRE

Kirubi: Flamboyant businessman with a passion for youth, finer things in life 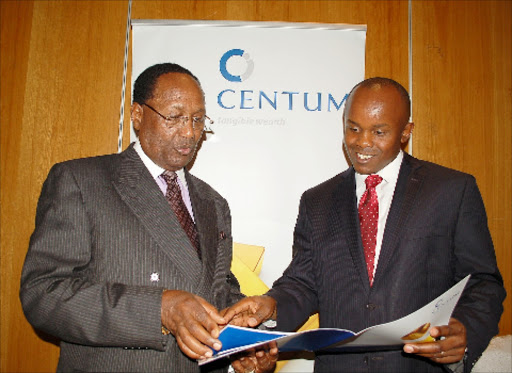 Chris Kirubi was a flamboyant businessman to whom money gave the choicest things in life.

He drove the most expensive German cars, wore designer apparels, owned seven companies, a thriving radio station for urban masses and high-rise buildings in the city where he maintained penthouses.

If you ever wanted to get money from Chris Kirubi, your best would be to use the route of education: ask him to pay fees for a course you are taking or training to upgrade yourself or hone your skills.

If you went to ask for money for any other need, Kirubi would most likely retort: “You go and make your money.”

He died on Monday, aged 80, after battling cancer for a long time. His family said he was surrounded by his family at his Nairobi home when he died.

President Uhuru Kenyatta described Kirubi as a successful mentor and coach who helped raise a generation of entrepreneurs and corporate leaders.

"The cruel hand of death has robbed our nation of a patriot whose entrepreneurial spirit, hard work and determination saw him create some of the country's largest enterprises which offer employment to thousands of our people," said the President.

Former President Mwai Kibaki described him as an entrepreneur par excellence and who had an exceptional eye for opportunities.

"His prodigious success was certainly not a result of happenstance. Chris was as strategic in his endeavours—be they running industries, media, serving the public or farming—as he was hands-on."

Charles Mulila, a director of KBC, said Kirubi was an incredible source of business news and analysis and who was readily available.

"Kirubi loosened the noose on World Bank and IMF rope tied on Kenyans during the Structural Adjustment Policies (SAPS) sanctions in the late 90s," said Mulila.

Friends and relatives painted a picture of a man with the selfless conviction of spending an arm and leg to help young people find opportunities and empowerment.

This is how his siblings managed to get money from him, and he single-handedly educated them to the highest levels as they needed.

“This is a man who put his ambitions aside, stopped his progress in education to first of all to take care of his brothers and his sisters,” Kirubi’s brother Michael Kirubi told a gathering during Chris’ award of an honorary doctorate by the Swiss Management Academy.

Michael Kirubi is a lecturer at a San Diego California-based university.

Quoting the famous French statesman Napoleon's victory speech of how he picked the country from war to victory, Michael said he owed all his success to his elder brother.

“[Chris] picked me from the gutter... and concentrated in educating me from, I think, standard three to my PhD level in America. So many places I have been Chris is the one who made them possible, and all our family, [he] has played a role in educating,” he said.

“You could go to him asking for money for this and that, but he might tell you, go make your money. But you go there and say, ‘I want money for education, he’ll say how much and right away you will get it,” the don said.

An abiding optimist, Kirubi was an old man with a youthful heart, and it this philosophy that seemed to drive his business manoeuvres.

For example, Kirubi said in a Churchill Show interview in September last year that his taste for youthful music made him buy Capital FM, which is 100 per cent owned by him.

“When the opportunity [to buy Capital FM] came, I did not think twice. When others were bargaining, I went in and paid the full amount they wanted. I changed the music immediately, but old ladies in Karen said ‘why do you come to spoil our station’. The music they wanted was not going with the youth. My focus is the youth,” Chris said.

Even in the face of failure and difficulty, he would not give up. For example, even on his deathbed on Monday, he had his phone by his side, tweeting nuggets of optimistic inspiration, particularly targeting young people.

At 8:34 am, he tweeted; “Top of the morning to you, my dear friend. It doesn’t have to be a tiring Monday. Instead, I bring to you good tidings of favour, success, achievements and happiness in the new week. Give yourself a go towards your success plan. Enjoy today and the rest of your week,” he signed off using his famous hashtag #AskKirubi.

Kirubi caught the attention of entertainment pundits when he bought Capital FM in 2014 and proceeded to brand himself with the street moniker DJ CK.

In an interview with the Scoop, Kirubi said he bought the radio station because his company was using a lot of money to advertise there.

He would then attend all the hip and hot parties about town and know what is trending in showbiz.

This endeared him to the youth, with some asking him how he made it big in the corporate world. This gave birth to his weekly #AskKirubi tweets that offered nuggets of wisdom on motivation and investment.

Kirubi was also known for flaunting his wealth, he drove top-of-the-range cars. In one of his last interviews with Churchill on his show, Kirubi revealed that not all his cars are driven by his chauffeur. He specifically drove his Bentley which he bought in 2017.

Revealing why he did not let anyone else drive his Bentley, Kirubi explained, "I drive it. If my driver drives this car, he would go away and I would never find him."