They are spreading rapidly among high school and college-age youth, especially dangerous to women

• Gonorrhoea and chlamydia, are little talked about venereal diseases that destroy a young woman's reproductive system and make her infertile.

• There is low testing for STIs in Kenya because of lack of diagnostic kits and heavy reliance on symptoms before testing. Many people asymptomatic. 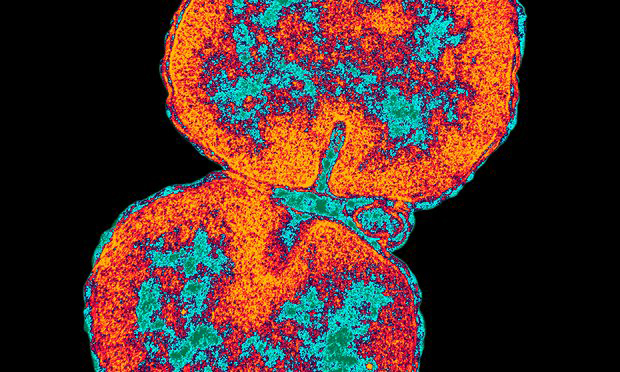 INFERTILITY: Neisseria gonorrhoeae, the bacteria that causes the sexually transmitted disease that can cause infertility.
Image: HANDOUT

Sexually transmitted infections that were running riot in Kenya in the 1980s and 1990s have come roaring back, the Ministry of Health says.

Of particular concern for women are gonorrhoea and chlamydia, little talked about venereal diseases that quietly destroy a young woman's reproductive tract and make her infertile.

Men too can be infected, but as with women, symptoms often are not obvious.

The National Aids and STIs Control Programme, a division within the ministry, says the two diseases are spreading rapidly among high school and college-age youth.

“In the last two years, researchers have noted an increase in chlamydia and gonorrhoea among adolescents and young people aged 15 to 24 years up to 29 per cent,” Nascop director Dr Catherine Ngugi said.

Chlamydia can fester quietly for months or even years in women before it is detected. By then, the damage has already been done.

“I’m concerned about rising cases of infertility in future because chlamydia is a silent infection and most infected people are asymptomatic,” Dr Ngugi said.

She spoke at the 6th Maisha HIV and Aids Conference, organised by the National Aids Control Council, in Nairobi.

The two infections are curable but, if untreated, can lead to infertility, neurological and cardiovascular disease, stillbirths, ectopic pregnancy, and increased risk of HIV.

The national infertility prevalence in Kenya is estimated to be around 11.9 per cent, with Western and Coast provinces having the highest rates.

In Sub-Saharan Africa, infertility is caused by STIs in more than 85 per cent of women compared to 33 per cent worldwide, according to the World Health Organization.

“We now need to screen for other STIs during HIV testing,” Dr Ngugi said.

WHO said the global focus on HIV-Aids as led to the neglect of other dangerous diseases, which are making a resurgence.

“On average, approximately one in 25 people globally have at least one of these STIs (chlamydia, gonorrhoea, trichomoniasis and syphilis), according to the latest figures, with some experiencing multiple infections at the same time,” WHO says.

'The Kenya National Guidelines for Prevention, Management and Control of Sexually Transmitted Infections (2018)' does not give the national prevalence of all STIs.

However, it mentions a study among women aged 18 to 49 attending a family planning clinic at Kenyatta National Hospital. It found a 13 per cent prevalence of chlamydia, with the highest age-specific prevalence in the 25-29 years age group (21 per cent).

“Gonorrhoea and chlamydia are major causes of pelvic inflammatory disease (PID) and infertility in women,” the guidelines say.

In 2017, Dr Simon Masha, a lecturer and researcher based at Pwani University, Kilifi, also published findings of a study carried out among women at an antenatal clinic at the Kilifi County Hospital.

The findings show 20.8 per cent of the women had a curable STI. Prevalence of chlamydia was 14.9 per cent, gonorrhoea one per cent and bacterial vaginitis at 19.3 per cent.

This means many Kenyans with asymptomatic STIs do not receive treatment and if and when they do present with symptoms, it's often too late.