3,000 litres of ethanol seized in Taveta

The driver of the truck is on the run.

•The truck whose registration number is KBW 742Y ZD 4870 according to sleuths is registered to Kennedy Gathena Njoroge. 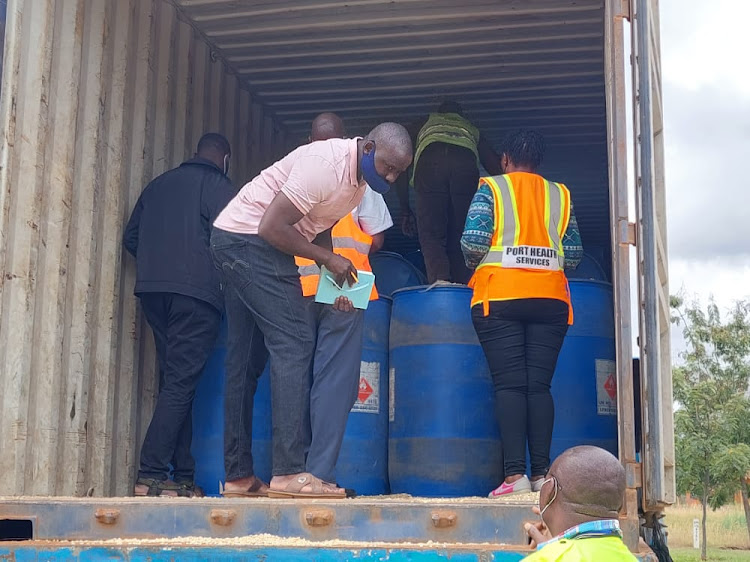 Detectives on Monday seized 3,000 litres of ethanol which had been smuggled into the country.

The driver of the truck is on the run.

The truck whose registration number is KBW 742Y ZD 4870 according to sleuths is registered to Kennedy Gathena Njoroge.

The intelligence team that led the operation said the owner of the truck is a known smuggler and has been on their radar for a month.

The truck was intercepted at Makhtau after it crossed the porous border to get into the main road from Taveta to Voi.

Following the detention of the truck, multi-agency team drawn from the Revenue Protection Services and C&BC officers were dispatched to scene on Tuesday to verify the contents of the truck.

The team confirmed that the truck had 120 drums of 250 litres each of ethanol, 29 100 Kg bags of maize and another 31 bags of approximately 15kgs each.

The illicit ethanol and the maize is valued at Sh7 million. 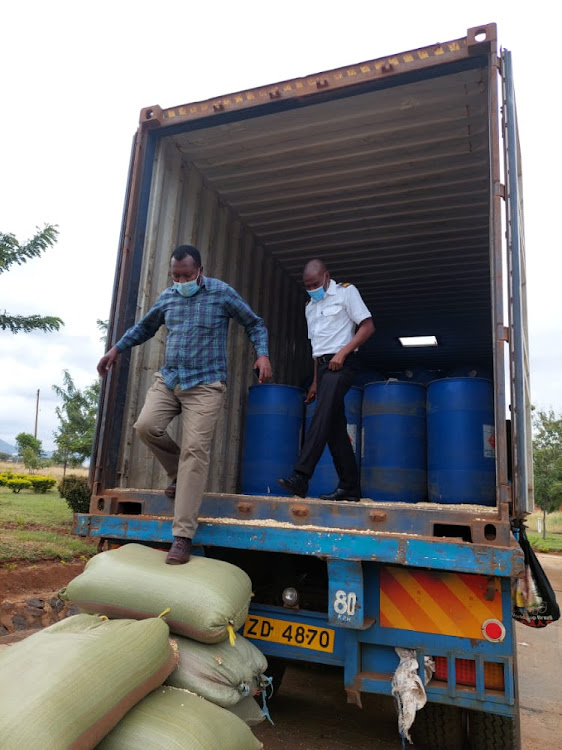 Investigations are ongoing as police look for the driver and owner of the trailer.

The truck is currently held at the Taveta One stop border post.

In December last year, KRA said it had intensified the fight against the importation of contraband into the country through the Taveta-Holili One-Stop Border Post in Taita Taveta county.

KRA Commissioner of Investigation and Enforcement Department David Yego said detectives had intercepted and seized restricted goods worth more than Sh10 million at the border.

The goods were seized in an operation conducted by detectives from the KRA enforcement units and the National Police Service at the border following intelligence reports.