•The Head of State described Midiwo as a forthright, brave and straight forward leader who spoke his mind at all times.

•Uhuru prayed to God to grant Midiwo's family grace and fortitude during this difficult time. 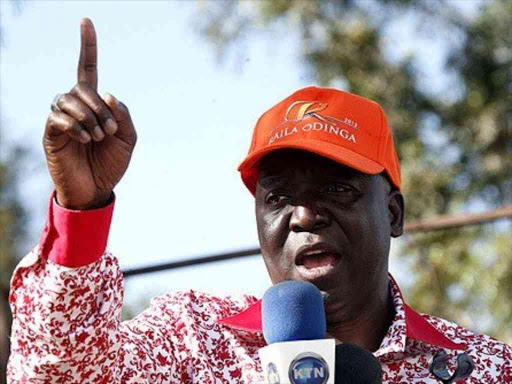 In his message, the Head of State described Midiwo as a forthright, brave and straight forward leader who spoke his mind at all times.

"I have received the sad news of the passing away of my friend, the Honorable Jakoyo Midiwo with shock and disbelief," Uhuru said.

He went on to say that Midiwo was a consummate debater in Parliament and he articulated matters of national importance and defended the wellbeing of Kenyans.

Uhuru prayed to God to grant Midiwo's family grace and fortitude during this difficult time.

Deputy President William Ruto said Midiwo was a fearless and outspoken leader and his exceptional service to the people will be missed.

Our commiserations to the family, their loved ones and the people of Siaya at this dark time. Rest In Peace, Mheshimiwa Midiwo.

"First elected MP in 2002, Jakoyo Midiwo served the people of Gem with passion for 3 terms. An astute debater, a man of his word and honor, Jakoyo had a rare ability to work across the aisle and got along with members from across the political divide," Raila tweeted.

I wish to express my heartfelt condolences to the family and friends of the late Hon Jakoyo Midiwo who passed away this evening. The late Midiwo was a friendly and social person who will be remembered as a courageous and charismatic legislator. May his soul RIP. pic.twitter.com/ZkikanvEaa

There is just too much death. Before you come to terms with one the grim reaper hits you with another. We Thank God for Jakoyo Midiwo. We thank God for his life. We pray for his family and friends at this difficult time. May God give you strength. RIP Otada. pic.twitter.com/t59Za1eY6b

Am sadned to learn of the death of Hon Jakoyo Midiwo. I was privileged to work with him in the National Assembly. A fellow panelist of many years, Jakoyo missed no chance to join hands with me in fighting corruption on the floor of Parliament.
RIP patriot pic.twitter.com/LCZvqXdMn9