•His death was confirmed by ODM Director of Communications, Philip Etale. 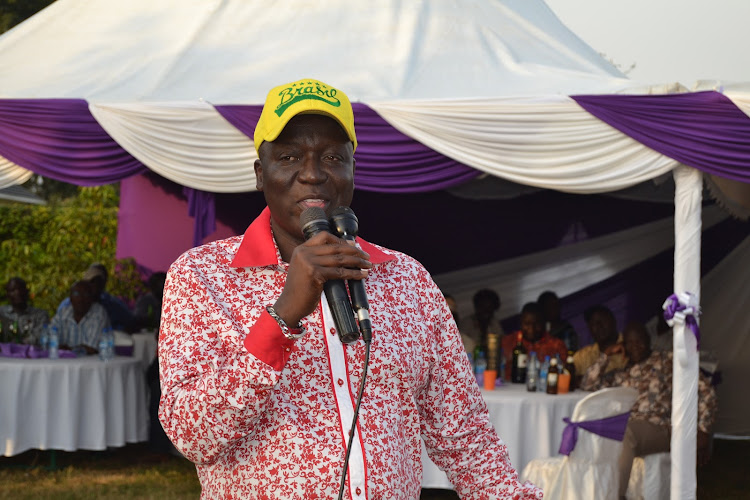 His death was confirmed by ODM director of communications, Philip Etale.

"Hon. Jakoyo Midiwo has rested. Please pray for the family during this difficult moment," Etale tweeted on Monday.

The cause of death is yet to be revealed.

Midiwo served as Gem MP from 2007 to 2017 when he lost to current MP Elisha Odhiambo.

The ODM party in a statement said it has lost a defender of the party, who never shied away from speaking the truth.

"Sad day for our party. We have just lost a gallant son of the soil, a founder member of the Change Movement & a three time Member of Parliament for Gem Hon. Jakoyo Midiwo... To the family, we say pole sana," ODM said.

Leaders from the ODM party including; Kakamega Governor Wycliffe Oparanya who is also ODM deputy party leader described Midiwo as an astute, progressive and transformative leader.

Oparanya added that he was an independent minded person who served his people with utmost humility, dedication and selflessness and his death is a big blow to the country.

A good heart has stopped beating, a good soul ascended to heaven. We mourn the untimely demise of our brother Jakoyo https://t.co/1tTgIJvF9z in power Otada. pic.twitter.com/X6CnT4hYUd

The announcement of his death comes hours after that of billionaire industrialist Chris Kirubi, who died at the age of 80.

Kirubi's family confirmed that he died at his home on Monday at 1pm after a long battle with cancer.

Chris Kirubi: The man with swag

Kirubi made news whenever he stepped out to attend high end events.
Sasa
7 months ago
by BRIAN ORUTA Digital Journalist
News
14 June 2021 - 19:04