Uhuru men to storm Kiambaa in attempt to salvage Jubilee 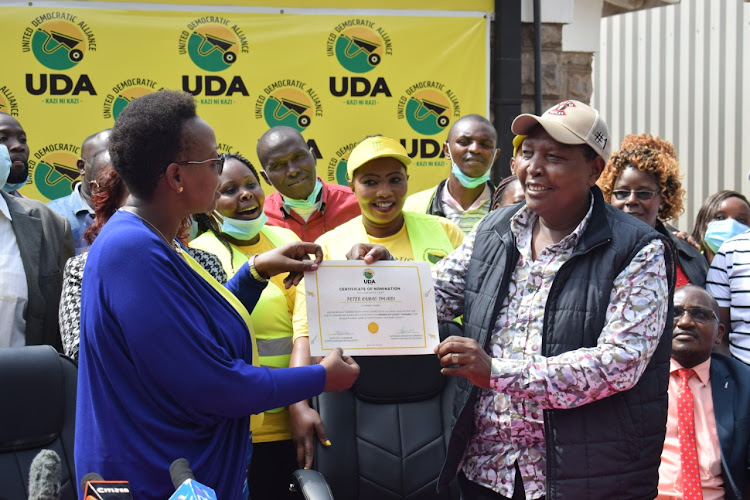 The President's confidants held a meeting on Thursday at the Jubilee headquarters with a couple of MPs from Central Kenya as they plotted a fightback to save the party's soul.

The seat fell vacant after the death of Paul Koinange of the Jubilee party in March.

Jubilee is also tipped for another gigantic battle in Muguga ward where its candidate Kamau Thumbi is coming up against UDA's Joseph Githinji in another keenly watched by-election.

Speaking to the Star on Friday, Jubilee deputy secretary general Jushua Kuttuny said the party will move into Kiambaa in a classic style to deliver the much-needed victory at the Juja falter.

“We have analysed the weakness of our opponent properly and we are going to close in with serious campaign firepower that has not been witnessed in recent past,” the Cherangany MP said.

The Kiambaa seat is crucial for both the president and the Jubilee party after humiliating defeats in Juja and Ruurii by-elections last month that triggered internal blame games among Uhuru allies.

Being in the President's Kiambu 'bedroom' Jubilee is plotting a 'mother of all campaigns' in the populous constituency for the much-needed win to revive hope that the ruling outfit is a force to reckon with.

“We had a strategy meeting on Thursday and agreed on a campaign programme for Kiambaa. Most of the Jubilee MPs will camp in there starting Saturday,” Nyeri Town MP Ngunjiri Wambugu said.

The vocal MP and a close Uhuru ally insisted that Kiambaa is for the Jubilee party to lose, warning opponents for a bruising battle.

“For us, the by-election is very important and a must-win for Jubilee,” the MP said maintaining that they had confidence that the ground is receptive.

However, Tangatanga MPs who are backing the United Democratic Alliance candidate are raring for a showdown, promising to inject Jubilee with the same Juja defeat dose.

“As allies of the Deputy President, we are going into Kiambaa clear in our mind that we shall come out with nothing short of victory,” Mathira MP Rigathi Gachagua said.

He said the Tangatanga camp will mount what he termed as a campaign programme driven by its hustler nation empowerment strategy.

“We have challenged our opponents to face us in the field,” he said. 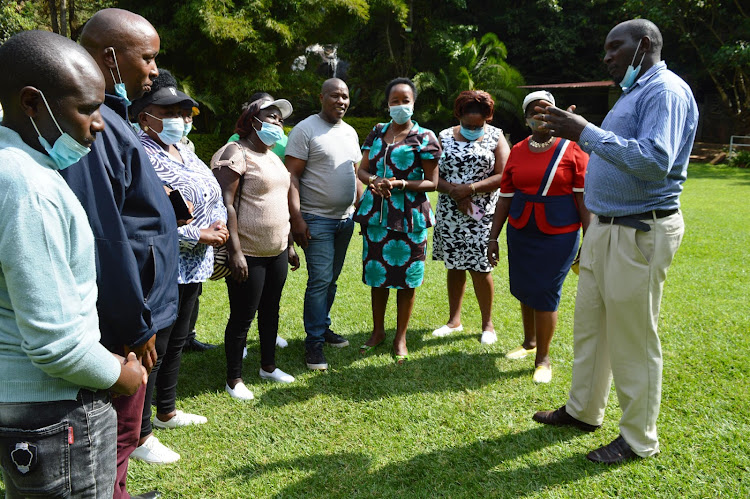 Jubilee movement A section of Kiambaa constituency residents who formed Jubilee party movement group deliberating. the said that they will campaign for Jubilee party candidate in support of the government
Image: STANLEY NJENGA

The Tangatanga MPs on Thursday unveiled a fleet of over 30 campaign vehicles and thousands of merchandise as they plot to turn tables against Jubilee.

The UDA team is also employing a totally different campaign strategy that includes storming markets in huge delegations to buy various goods for the less fortunate while they empower sellers.

Om Saturday, th DP's allies will land in Ruaka, Ndenderu and Karura for open-air market shopping as they intensify campaigns to strike Uhuru men with what they call the final lethal fire.