Efforts to control Leishmaniasis in Kenya could stall, advocates warn

• Out of the 26 countries affected by these aid cuts, 24 are in Africa. 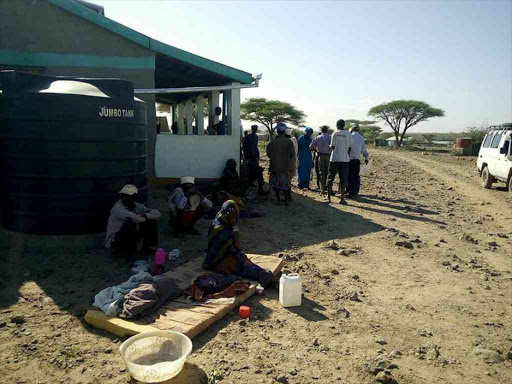 Patients at a hospital in Marsabit, where Kala-azar disease is endemic.
Image: FILE

Kenya is among countries that will be hit hard by UK’s brutal cuts to foreign aid, a group of 100 NGOs has said.

The UK government merged the Department for International Development and the Foreign Office last year, and announced £4 billion, or 50 per cent, in cuts to foreign aid.

At least 100 NGOs under the umbrella of 'Uniting to Combat Neglected Tropical Diseases' have written an open letter to Prime Minister Boris Johnson to urge him to reconsider the cuts.

They say neglected tropical diseases will be hit hard by the aid cut back.

They are asking the Prime Minister to maintain at least 50 per cent of this year’s budget to Neglected Tropical Diseases and commit to previous funding levels in 2022.

As part of the aid cut, the UK government recently announced it would withdraw £150 million in aid that it promised to tackle neglected tropical diseases. Out of the 26 countries affected by these aid cuts, 24 are in Africa.

“Doing so will improve health outcomes in Africa and save lives at a time when Covid-19 has shown just how critical collaboration is. Tackling NTDs now, and not reneging on promises, is the right and ethical thing to do,” the groups say.

NTDs such as blinding trachoma and intestinal worms are preventable and treatable, yet they still affect 1.7 billion people around the world.

Across Africa, 17 countries have eliminated at least one NTD. A further 12 countries are on track to eliminate an NTD in the next three years – an extraordinary feat based on years of determined action. We must not let such incredible progress be undone.

The UK government had previously promised to deliver 251 million NTDs treatments and support 180,000 disability-preventing surgeries. Pharmaceutical companies had freely donated the medicine to provide these treatments.

But as the UK has decided to withdraw £150 million in funding, these treatments will no longer be administered.

“Losses like these threaten lives and livelihoods, making Africa’s recovery from Covid-19 all the harder. The UK’s decision could also lead to a resurgence in some African countries with devastating and mass consequences,” the groups said in a statement.