•According to Kenya Wildlife Service Scarface took his last breath at 1 pm. He died in peace without any disturbance from vehicles and hyenas.

•His name is Scarface, owing to a scar in one of his eye. 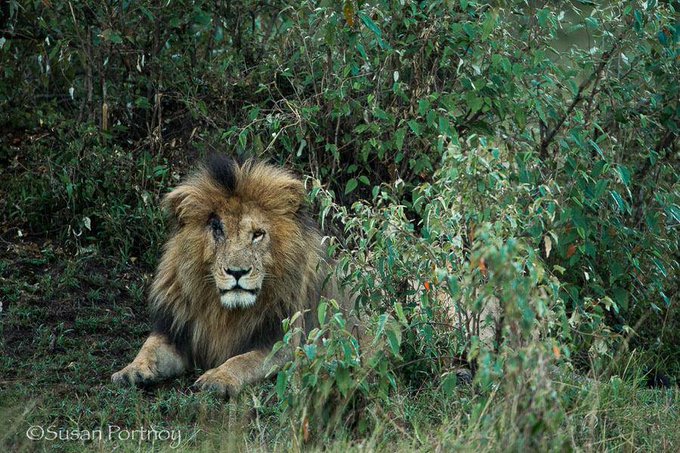 A lion thought to be the oldest in the Kenyan Mara has died aged 14.

Scarface was found dead in his Mara home on Friday by rangers.

His death is said to be of natural causes.

His name is Scarface, is owing to a scar in one of his eyes.

According to Kenya Wildlife Service, at 1 pm, Scarface took his last breath.

He died in peace without any disturbance from vehicles and hyenas.

The KWS in a statement said he died early Tuesday morning.

Tim died in Mada area of Amboseli National Park at the age of 50.

Udoto said the body of the giant elephant was on its way to the National Museum in Nairobi.

He said the taxidermist will prepare the body for education and exhibition purposes.

Tim was one of Africa's last big Tusker elephants that roamed in the vast remote wilderness of Southern Kenya.