Kalonzo files more charges against man who allegedly threatened him

• Munyalo’s lawyer Morris Kimuli did not object to the application. 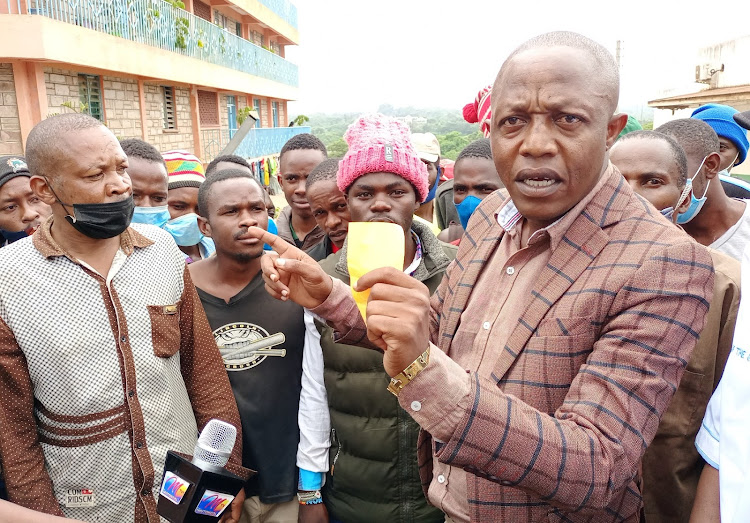 Wiper leader Kalonzo Musyoka has applied to press more charges against a youth leader who allegedly threatened him.

Munyalo had initially been charged with posting a message in a WhatsApp group on July 17, 2020, which was meant to threaten and demean the reputation of former VP.

The additional charges include publication of false information, defamation, alarming publication and common assault. Others are intimidation and molestation and incitement to violence.

The Thursday application by Kalonzo to have the initial charge sheet amended will be mentioned on July 5 this year, when the court is expected to give direction.

Munyalo’s lawyer Morris Kimuli did not object to the application.

In a statement recorded with the DCI, Kalonzo says that on July 17, 2020 at about 3pm, he noticed eight missed calls from a strange number and decided to call back thinking the caller was in distress.

He said that when the other party received the call, he introduced himself as Moses Munyalo, a youth leader from Kitui county, who then went on to issue threats on him.

A clip of the said threats found its way into several others outlets, triggering a massive debate on social media.

“The words used were a direct threat to me as he had warned me of dire consequences if I did not heed his advice,” Kalonzo says in his statement to the DCI.

After Kalonzo reported the matter to the DCI in Nairobi, Munyalo was arrested. Munyalo was found hiding in a thicket on the outskirts of Kitui town, a day after he issued the threats.

Munyalo was initially arraigned before a Kibera court but his lawyers asked to have the accused charged in a Kitui court.