The government seeks to reduce housing deficit through the programme 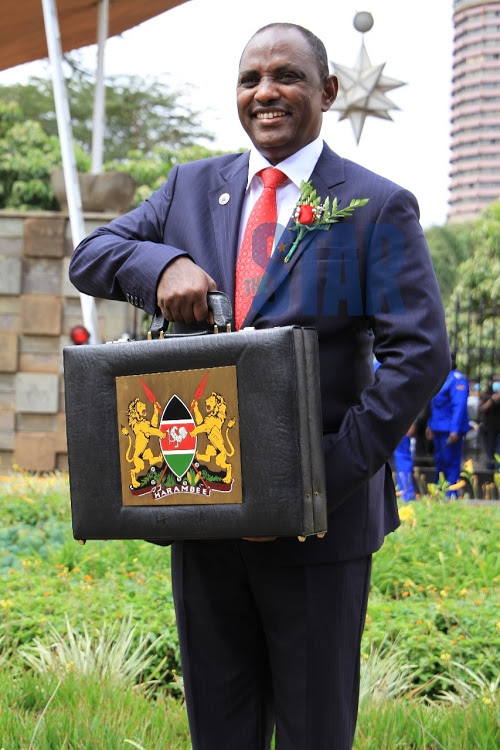 Treasury CS Ukur Yatani poses for a photo at Parliament Buildings ahead of reading the Budget on June10
Image: Image: EZEKIEL AMING'A

The National Treasury has allocated Sh13.9 billion towards the affordable housing programme for the 2021-22 financial year.

In addition, the CS proposed an allocation of Sh700 million to support the Nairobi Bus Rapid Transport Project to offer efficient and time saving public transport.

The high cost of housing units and limited access to affordable long-term finance has been a major challenge leading to housing market constraint.

To address this challenge, the government established the Kenya Mortgage Refinance Company whose main purpose is to provide long term funds to primary housing mortgage providers in the housing sector.

The company offered fixed rate long term loans at concessional rates to mortgage providers who are expected to pass the benefit to citizens at lower than market rates.

During the formation, the company had raised a capital of Sh2 billion while the Treasury mobilised an additional Sh35 billion from development partners to support the company’s operations.

The new company is also expected to play a significant role in the structuring of the proposed National Credit Guarantee Scheme in order to create an effective backstop mortgage guarantee component, to cover the losses incurred by lenders on future home loans.

In the financial year 2019-20, Treasury allocated Sh10.5 billion to cater for social housing and the construction of affordable housing units, including housing units for the police and Kenya Prison. This included Sh2.3 billion for the Public Servants Housing Mortgage Scheme and Sh5 billion for the National Housing Development Fund, as contributions by government for its employees.

During the financial year, KMRC has received a capital injection of Sh1 billion from the government, and a Sh35 billion credit line from the World Bank and the Africa Development Bank.

KMRC also received Sh1.2 billion from other shareholders (Banks and Saccos), and a further Sh400 million was expected from other development financial institutions (IFC and Shelter Afrique) in form of equity injection.