• There have been speculations Muturi could be getting ready to negotiate for a running mate position.

• Muturi has previously been touted as one of the people from Mt Kenya whom Deputy President William Ruto is considering for a running mate. 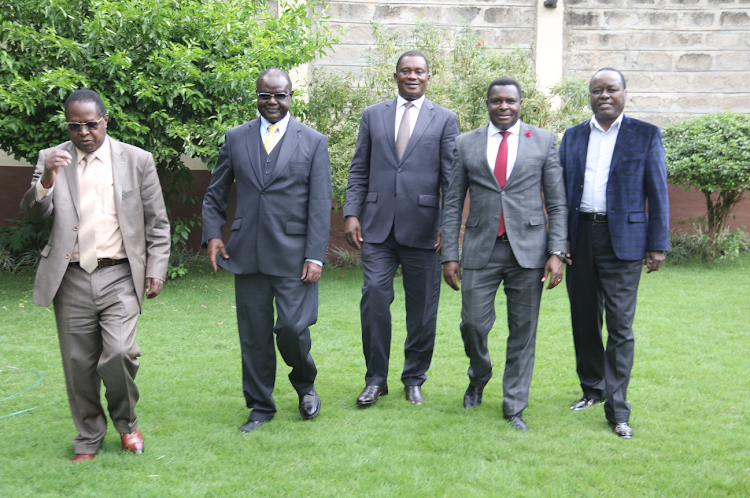 Newly-crowned Mt Kenya spokesperson Justin Muturi has convened a meeting in the region next week to firm up his credentials for next year's polls.

The National Assembly speaker will meet with all leaders from Mount Kenya East as talks of the region’s political party takes shape.

The Star understands that the leaders will strategise on how to consolidate support and influence 2022 politics.

Muturi has not announced which position he will be seeking in next year’s election, but speculation is rife he wants to negotiate for a running mate post.

The National Assembly Speaker has previously been touted as one of the people from Mt Kenya whom Deputy President William Ruto is considering as a running mate.

Meru Governor Kiraitu Murungi at the weekend confirmed that there are strategy meetings in Nairobi to plan what next after President Uhuru Kenyatta retires.

“I said I have served the nation, and now I want to serve the people of Meru county. I don’t want to go to national politics,” he said.

Kiraitu said Muturi is the best bet for the community owing to his national stature and experience.

“We agreed to look for others who will represent us there; that is why Muturi is there. He is our best bet because he is our nearest neighbour, he is experienced, and he has been anointed.”

In an interview with the Star on Tuesday, Uhuru’s cousin Kungu Muigai said the President will be speaking through Muturi.

“President Uhuru Kenyatta will be making his communication to Mt Kenya residents via Muturi," he said.

Kungu said since not everyone can meet Uhuru in person, Muturi will be meeting him regularly and updating the community on the President's desires.

“Mount Kenya region will speak with one voice and nothing will stop this. We must plan as we wait for Uhuru’s directive," he said.

Multiple sources told the Star that next week's meeting will not only be strategising on the region’s politics, but also its future.

A reliable source, who sought anonymity, told the Star on Tuesday that Muturi’s meeting with leaders will be held on June 19.

“Mount Kenya East leaders will hold a meeting with Muturi next Saturday on 19th June and discuss their regional politics and possibly forming their party ahead of 2022,” he said.

Speaking in Meru at the weekend, Kiraitu confirmed plans to bring the region together to chart the way forward.

“We are going to meet as leaders. We will invite all the leaders from Mt Kenya East first to discuss and see if we can move together,” Kiraitu said.

Munya and Kindiki have dismissed Muturi's coronation, saying it has zero political significance.

Muturi's coronation as Mount Kenya spokesperson has created political divisions within the region. Some leaders from Central, led by Murang'a Governor Mwangi wa Iria, have rubbished the elevation.

The Star has established that the region is considering coming up with a political party which they will use to advance their 2022 political interests.

Last week, Kiraitu hinted that he would revive his Alliance Party of Kenya, commonly known as the Bus party.

“We can now field candidates in the 2022 elections. The Bus party will be available then. We will ask the Registrar of Political parties to restore our party for the next election,” he said.

Post a comment
WATCH: The latest videos from the Star
by AMOS NJAU GIDEON KETER AND LUKE AWICH
News
10 June 2021 - 05:00
Read The E-Paper