I gave it my best shot! Bensouda says in last briefing as ICC prosecutor

She urged the Council to fight against impunity for atrocity crimes in close cooperation with the ICC.

•The Gambian-born Bensouda will retire in June.  British lawyer Karim Khan will be the new prosecutor starting June 16. 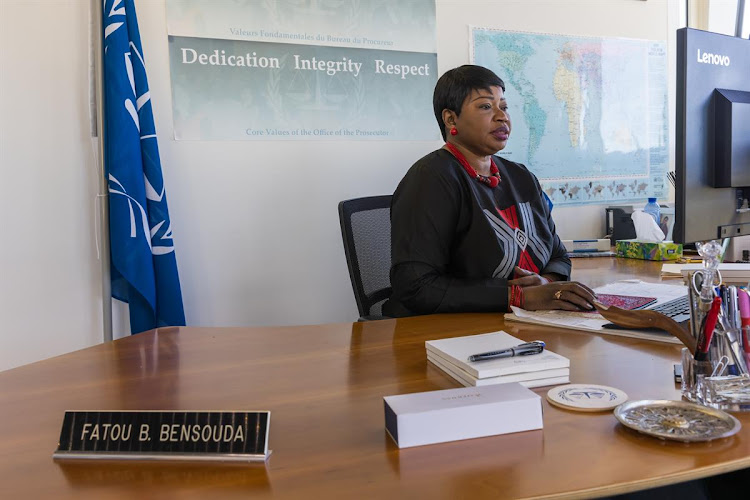 Where I may have fallen short, I can assure you, it was not for lack of trying, Fatou Bensouda says in her last address as the prosecutor at the ICC .

In an address to the United Nations Security Council on Wednesday, Bensouda said her nine year stint at the ICC was never easy.

The Gambian-born Bensouda will retire in June.  British lawyer Karim Khan will be the new prosecutor starting June 16.

“It has certainly not been easy, but with your support, we have stayed the course and have tried to bring to life the goals and values of the Rome Statute,” Bensouda said.

“I have indeed come to the end of my mandate with the Court and as the saying goes, "I gave it my best shot", empowered by my dedicated team across my Office. I seize the opportunity to salute them here.”

She said the work of the Office on behalf of international justice, and by extension, sustainable peace, will continue without pause.

“Led by my sense of duty and pragmatic idealism, I truly believe that together, with the support of the international community and this august body, a more secure and just future for all is attainable. It merely takes the trinity of courage, leadership and genuine conviction in higher ideals,” she said.

She urged the Council to fight against impunity for atrocity crimes in close cooperation with the ICC.

“I can only encourage continued engagement and cooperation between two institutions so crucial to a rules-based international system and the cause of peaceful settlement of disputes,” she said.

Politics did not influence my work at ICC — Bensouda

Bensouda was a household name when she was handling the Kenyan case after the 2007/08 post violence elections.

Ruto was charged with crimes against humanity alongside journalist Joshua Sang and Henry Kosgey.

The ‘Hague Six’ were accused of murder, deportation or forcible transfer of population, persecution, rape, and other inhumane acts during the poll chaos.

ICC terminated the case against Ruto and Sang on April 5, 2016, about a year after President Kenyatta’s, which was dropped on March 13, 2015.

When she dropped the charges, Bensouda said Uhuru's rise to the presidency was the key factor that led to the collapse of her case against him.

Bensouda said after Uhuru became President, witnesses refused to testify while the government stopped cooperating with the ICC.