• The union is expected to hold elections later this month, but the date and venue are yet to be known.

• Several union branches across the country have publicly said they will not support Sossion. 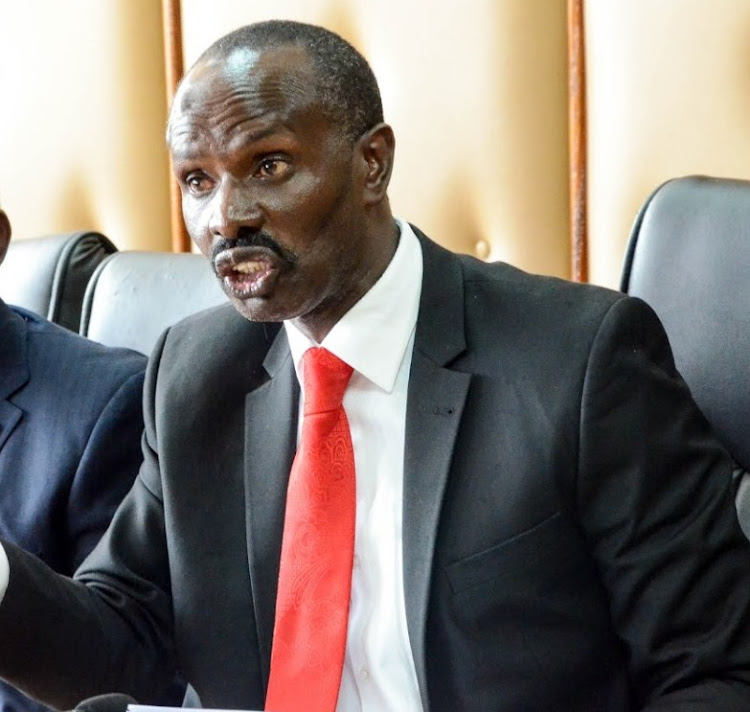 Chances of Knut secretary general Wilson Sossion retaining his seat in the upcoming union elections appear slim after members from Bomet joined others in rejecting his bid.

Sossion comes from Bomet county. The union is expected to hold elections later this month, but the date and venue are yet to be known.

In what appears to be a clear indication that they won't support him, Bomet branch officials on Wednesday accused some top union officials of orchestrating the woes currently facing the members.

The officials, who held a day-long meeting, did not say who they plan to support during the union elections.

“We are going to announce who we are going to support for the position in the next one week. We want to revive this union,” Bomet branch executive secretary Malel Langat said when asked if they would support Sossion.

Several union branches across the country have publicly said they will not support Sossion.

Malel said the union is slowly dying due to what he termed poor leadership.

He said the election would help revive the union and mend fences with the government.

Malel said members have drastically reduced as a result of wrangles with their employer – Teachers Service Commission - hence the need to reclaim it by getting rid of some officials at the national office.

The union, according to officials, has been losing up to Sh140 million monthly  after TSC stopped deducting and remitting dues from members to the union.

The officials asked the governing body to announce the date and venue for the election to allow its members to plan for it.

They warned against any attempts to interfere with the election process through manipulation of delegates, saying there were reports of some officials engaging in such practices.

Sossion, who has over the years enjoyed support from teachers across the country over his determination and efforts to champion their welfare, started his teaching career in 1991 before being elected Bomet executive secretary.

In 2016, he rose to the position of Knut’s secretary general. In 2017, ODM party nominated him as a Member of Parliament.