• The prosecution had sought to have the case heard behind closed doors, citing the security of the witnesses being at risk.

• The court heard that three witnesses were present in court and ready to testify. 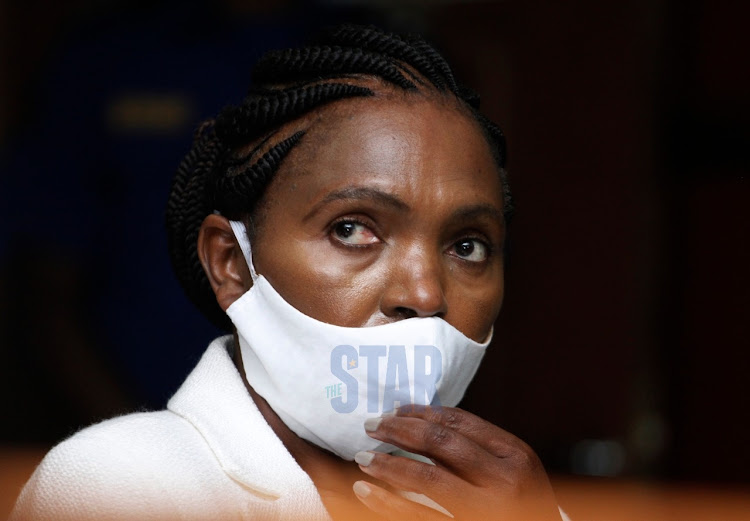 Three witnesses testifying in the death inquest of Keroche heiress Tecra Mungai will be heard in camera, a Nairobi court has ruled.

Milimani principal magistrate Zainab Abdul ruled that the application by the prosecution was merited on the security of the witnesses who come from Lamu.

" I have considered the application by the prosecution and all parties to safe guard the witnesses. The concerns are merited," the magistrate said.

The prosecution had sought to have the case heard behind closed doors, citing the security of the witnesses being at risk.

The court heard that three witnesses were present in court and ready to testify.

They are two nurses and Tecra's friend, all from Lamu.

Omar Lali, who is the key witness, was not present in court, however his lawyer was in court.

" I have an application to have the matter heard in camera because the witnesses reside in Lamu and they are apprehensive that their security may be jeopadised if their names and pictures appear in media," the prosecution counsel Peter Muia said.

Lawyer Elisha Ongoya representing the family agreed with the DPP saying Lamu is a very small community where the witnesses come from and they interact in the society.

He however said that the application is limited to three witness who come from Lamu and not all witnesses in the case.

Tecra, the daughter of Keroche Breweries boss Tabitha Karanja, died on May 2, last year at the Nairobi Hospital after she allegedly fell down stairs at a house in Lamu.

Her boyfriend Omar Lali was arrested and kept in custody but the DPP dropped the murder case against him in July and ordered an inquest.

Six witnesses who took Tecra to the hospital are expected to testify before magistrate Abdul.

The six — Qusai Lali Omar, Ali Bakari Muhammed, Abdul Lali Omar, Yaya Salim Muhammed, Ahemed Ali Sali and Mohammed Omar Muhanji — were summoned by the magistrate after they declined to board a van sent by the DPP to testify.

Abdul also had summoned Omar Lali to appear for the next hearing, either in person or through an advocate, as he might be a witness in the inquest.

Relationship described as abnormal, spiritual, obsessive. She called him a prophet.
News
3 months ago

Tecra death inquest: Keroche boss Tabitha says she has no confidence in DPP