• Lekanka, Narok is a wildlife county, earning more than 60 per cent of its revenues from wildlife. 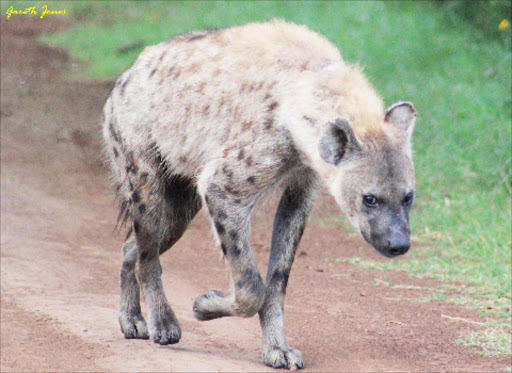 A family in Narok West is reeling from the devastation caused by a cackle of hyenas that killed more than 30 sheep and maimed scores of others.

The hyenas on Sunday raided a sheep pen in William Nkuruma's homestead in Olmayiana village, Lekanka.

The hyenas are believed to have strayed out of the nearby Olkinyie Conservancy. The dry spell experienced in the area in recent months has forced animals to move out of the Maasai Mara Game Reserve and other conservancies in search of food and water.

Chepkwony termed the incident unfortunate and advised the victim to file a claim for compensation which will be investigated by the county team before being forwarded to Nairobi.

Narok is a wildlife county, earning more than 60 per cent of its revenues from wildlife. The Maasai Mara Game Reserve, known worldwide for its spectacular wildebeest migration, provides the bulk of this revenue.

But there has been an increase in incidents of human-wildlife conflict in areas that borders the game reserve, resulting in the death and injury of residents and livestock.

Experts say environmental degradation and increasing settlements due to population pressure had caused the wildlife in the game reserve to move out, hence the surging human-wildlife conflicts.

The demarcation and fencing of land for settlement in the county, which largely depends on tourism, have interfered with wildlife migratory corridors or dispersal areas, prompting wild animals to flee.

Experts have urged the county governments, particularly Narok, to implement the Spatial Land Use Policy as stipulated in the Constitution to stem the conflicts. The implementation of the policy will ensure proper planning of the land, they say.

The Wildlife Conservation and Management Act, 2013, imposes stiffer penalties on wildlife-related offences with an aim of saving wildlife and ensuring compensation for victims of human-wildlife conflicts.

But this has left a heavy compensation burden. Many victims have yet to be paid because of inadequate funds allocated to the Ministry of Tourism and Wildlife, leaving the affected families suffering.