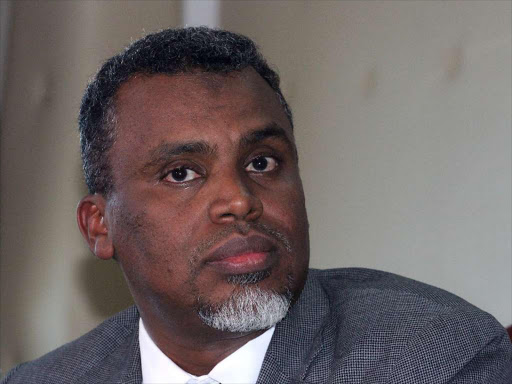 In an application filed before the Anti-Corruption Court, special prosecutor James Kihara says Orengo’s presence in the case is in conflict with his oversight role as a senator.

Kihara wants the court to order Kamau to engage another counsel who is not a state officer to represent him.

Also sought is an order to suspend the graft proceedings pending determination of his fresh application.

Kihara argues that Orengo is the elected Senator of Siaya county, thus is a full time state officer who is required by law not to engage in any other gainful employment.

“Though he is entitled to practice law, such practice should not conflict with the public interest that he is under duty to protect,” the application says.

The special prosecutor says the courts should tame what is now an emerging trend where state officers such as senators Orengo, Okong’o Omogeni, Kipchumba Murkomen, Irungu Kang'ata, Mutula Kilonzo Junior and MPs Peter Kaluma and Daniel Maanzo have been representing persons charged with matters that touch on public interest issues including corruption and economic crimes.

Kihara says the office of the DPP is fully aware of one's right to a counsel of their choice, but that right is not absolute especially where conflict of interest is demonstrated.

Former CS Kamau is in court facing charges of abuse of office and wilful failure to comply with applicable procedures and guidelines relating to the management of public funds.

The particulars of the charges indicate that on March 15, 2008, Kamau wilfully failed to comply with the set rules by ignoring the design of Kamukuywa-Kaptama-Kapsokwony-Sirisia road done by Engiconsult Limited at a cost of Sh33,303,600. He entered into a memorandum under which the resident engineer redesigned the road without due process.

Kihara says Parliament would have a direct interest in establishing whether there was prudent spending of public money through its Public Investment and Public Accounts committees.

So, allowing Orengo to continue representing Kamau is tantamount to conflict of interest as the matter before court relates to matters touching on public funds.

The prosecutor contends that if the court is not persuaded to bar members of the National Assembly and Senate from practicing during their tenure of office, then the court should consider barring them from appearing in any matter where public interest conflicts with private interest.