• Auditor General could not establish where the Sh182.07 million donated by DANIDA and the county’s own contribution to boosting the war against Covid-19 was spent.

• Badi explained that as of July 31, 2021 NMS had only spent Sh91 million and not Sh97.3 million as highlighted by the Auditor General. 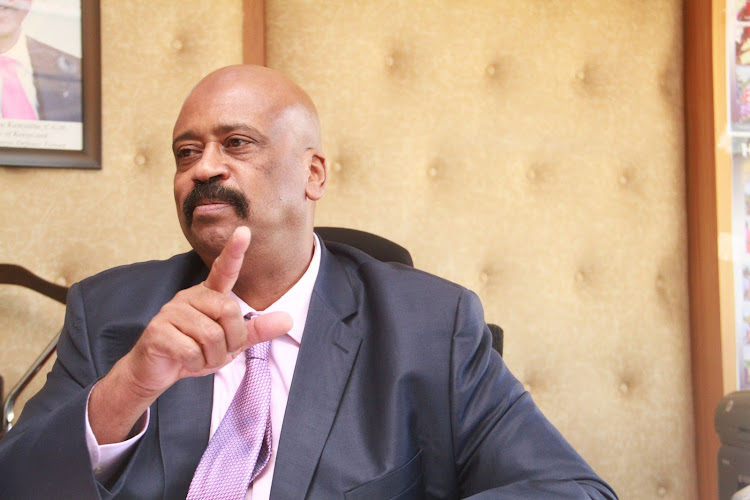 The Senate health Committee has cleared the Nairobi Metropolitan Service over the alleged misappropriation of Covid-19 funds.

This is after a report by Auditor General Nancy Gathungu had put NMS on the spot over the use of the millions meant for Covid-19 response in Nairobi.

In her report, the Auditor General could not establish where the Sh182.07 million donated by the Danish International Development Agency (DANIDA) and the county’s own contribution to boosting the war against Covid-19 was spent.

Also the report had revealed that NMS had made irregular cash withdrawal of Sh32 million from a KCB account for payments for facilitation of health workers, Sh120 million payment to frontline healthcare workers without a budget and failure to utilise a Sh64 million makeshift isolation center.

The AG also highlighted that the Badi-led entity had single sourced a Sh64.93 million tender for design and maintenance of the makeshift isolation centre to University of Nairobi Enterprise Services (UNES),

It was alleged that NMS had failed to issue UNES with a tender document, which is contrary to section 104 (a) of the Public Procurement Disposal Act, 2015, implying that the firms might have never signed the contract.

Giving clarity , DG Badi explained that as of July 31, 2021 NMS had only spent Sh91 million and not Sh97.3 million as highlighted by the Auditor General.

He admitted that the National Government sent Sh294.38 million to NMS and another for healthcare allowance at Sh100.2 million.

However, he said NMS did not receive any money from the County Government of Nairobi's own-source revenue nor from DANIDA.

“As observed by the special audit team, the total payment and commitment as at the date of special audit was Sh97.3 million. However we’d like to state that the actual cost incurred as at that date was Sh91 million. There was a double counting of Sh6,272,000,” Badi noted.

Still in July 2020, Badi said that NMS did not have in place the Integrated Personnel Payroll database (IPPD) system and therefore could not pay the allowances.

But the same was wired to the Nairobi County Government account after they requested for the same on April 20, 2021.

Since its establishment, NMS had been at loggerheads with City Hall over payroll which they finally managed to acquire in October, last year.

On the issue of Sh 32.38 million irregular withdrawal, Badi clarified that it was a cash transfer from NMS account to relevant accounts for health workers through a bank instruction.

On the makeshift isolation centre, NMS boss said in July last year the Makeshift was not operational, noting that it was handed over to him on January 13, 2021 .

“ After the hand over is when we realised that some structural adjustments had to be done as guided by the Ministry of health. The evaluation/negotiation committee was appointed and was in place as at the date of tender issue,” Badi said.

The tender document were issued to the tenderers in adherence to the regulation and the same are available for verification.

The auditor general officers who also appeared before health committee , cleared NMS of all the irregularities raised against them and said the documents provided by Badi were satisfactory.

Addy Waichigo said that the first narration was that the cash was irregularly withdrawn but NMS provided the banks transactions and statements to absolve themselves.

“We confirmed that it was transfer from one account to another. We realized that we had double counted on our side,” he added.

NMS also provided the valuation of the makeshift isolation centre as well as handover certificates which they confirmed that the facility was handed over to them on January 13, 2021.

Post a comment
WATCH: The latest videos from the Star
by MAUREEN KINYANJUI News Reporter
News
09 June 2021 - 17:38
Read The E-Paper