Win for Wetang'ula as tribunal throws out rival camp's complaint

• The Political Parties Disputes Tribunal struck out the complaint by the five against the party. 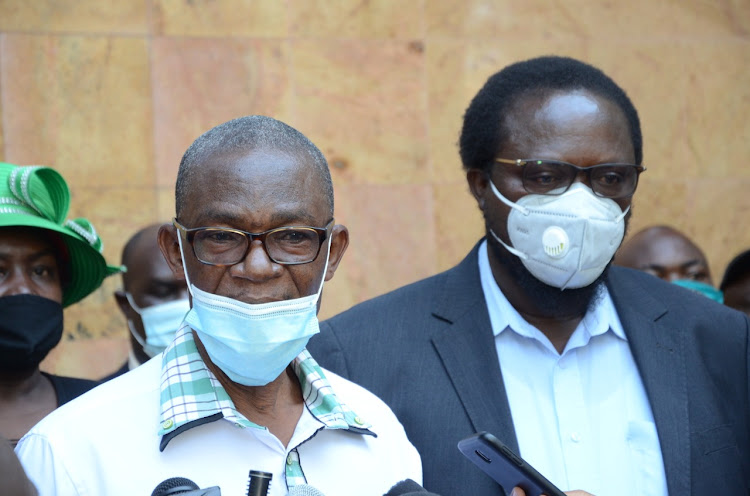 Ford Kenya party Secretary-General Eseli Simiyu and Kanduyi MP Wafula Wamunyinyi outside the offices of the Registrar of Political Parties in Westlands at a past press briefing.
Image: FILE

Five Ford Kenya officials allied to Tongaren MP Eseli Simiyu have lost a bid to retain their positions in the party.

This is after the Political Parties Disputes Tribunal struck out the complaint by the five against the party.

They had claimed that party leader Moses Wetang'ula unlawfully removed them as officials.

Nungo has directed them to go back to the party and follow the its internal disputes resolution mechanisms before moving to court.

The five had told the court they were removed because they attended another meeting.

Ford Kenya officials fell out last year after officials allied to Simiyu attempted to oust Wetang'ula from the party leadership and replace him with Kanduyi MP Wafula Wamunyinyi.

Nyakenyanya among group that supports removal of Wetangula as party leader.
News
6 months ago