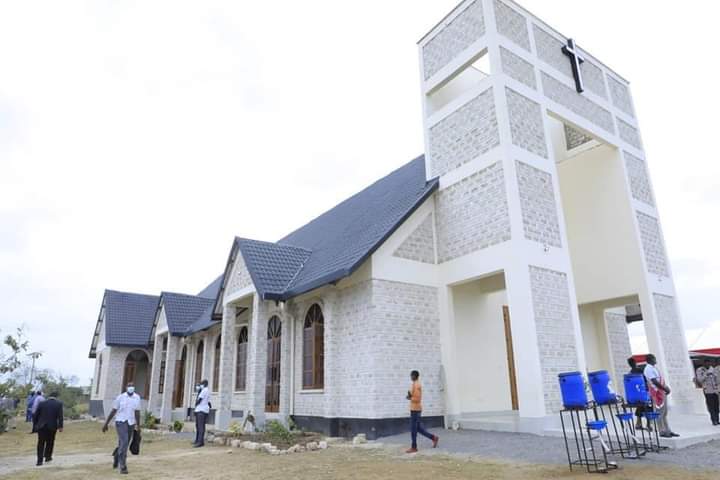 Ganze MP Teddy Mwambire has welcomed a proposal by Kilifi Governor Amason Kingi to take the elderly seeking asylum at the Kaya Godoma rescue centre to the new ACK church in Jila.

Christ the King ACK Church Jila was constructed by former Chief of Defence Forces Samson Mwathethe a few kilometres from the shrine in Mrima wa Ndege.

Speaking to the Star on Monday, Mwambire said he has for long encouraged religious leaders to start worship centres near the shrine to entice the elders to seek salvation.

“All along, I have been reaching out to all denominations to consider starting a worship centre near Kaya Godoma so that those inhabitants can get an opportunity to profess the religion of their choice and be an inspiration to many who are hesitant,” Mwambire said.

But the MP said many churches had been against the idea for a long time.

“There has been very strong resistance since 2009 when I floated the idea but now that the Anglican Church has expressed interest, I believe my dream will crystallise into reality,” he added.

Mwambire said the proposal came at the right time.

During the dedication on Sunday, Kingi urged Mwambire to spearhead the conversion of the elders to Christianity.

“I know you are hardworking. You even built a rescue centre for the elderly who were threatened to be killed on suspicion of practising witchcraft. Bring them here. This church is where they belong. If they have been practising witchcraft then they should leave their bad ways and start a new life,” said Kingi.

The shrine currently has 11 elders from across Kilifi county.

“Convincing a dedicated witchcraft practitioner to be demobilized and live a normal life has been a very big challenge to especially a Christian like me. However, if you read the history of the Giriama resistance and later how the Giriama nation has been handling such critical situations in society, definitely as a leader and someone who believes in mankind you will get inspiration,” said Mwambire.